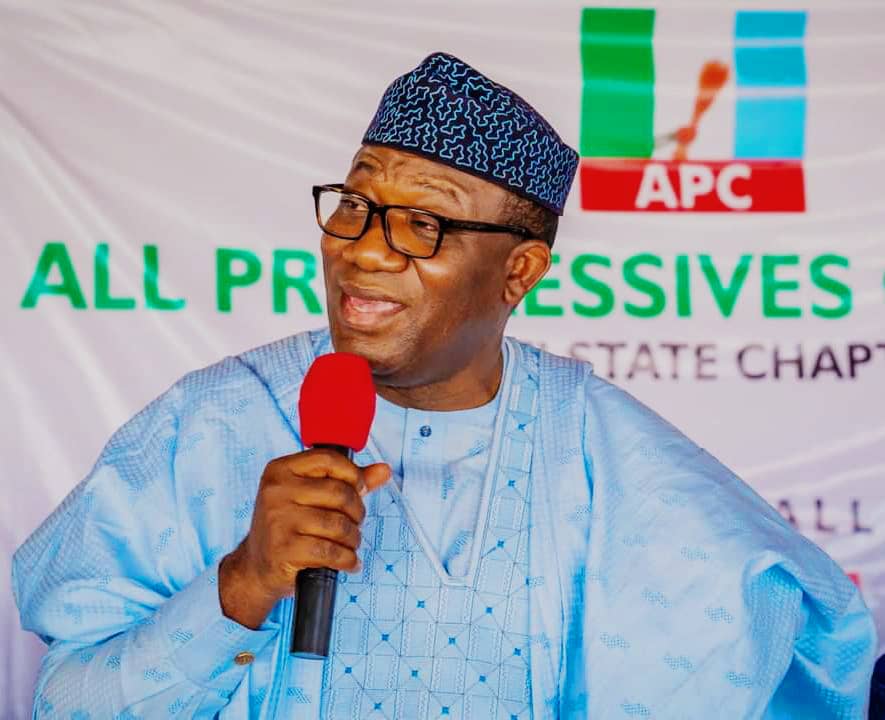 Ekiti State Governor, Dr Kayode Fayemi has denied that he is against the consensus arrangement President Muhammad Buhari reached with the governors ahead of the All Progressives Party (APC) National Convention.

This was disclosed in a statement signed by his Chief Press Secretary, Mr Yinka Oyebode on Thursday in Ado-Ekiti.

The statement reads, “The general public is hereby notified that a news story in circulation with the above headline is a misrepresentation of the views of the Governor of Ekiti State, Dr Kayode Fayemi.

“Dr Fayemi at a policy dialogue organised by the Centre for Democracy and Development (CDD) in Abuja on Thursday, was quoted as rejecting the consensus arrangement President Mohammed Buhari reached with the Governors ahead of the party’s convention.

“It must be stated, however, that Governor Fayemi’s presentation at the event was about democracy in West Africa and democratic reversal in Mali, Guinea and Burkina Faso and not about his party convention.

“For the avoidance of doubt, Governor Fayemi in response to a question from the audience accusing the President of imposing a Chairman on the party at the forthcoming convention, stated that the President’s priority was the unity of the party and he didn’t know about the President endorsing any candidate for Chairman. But that if indeed the President has expressed such a view, the President that he knows is a democrat and those who do not share the view may of course contest.

“Governor Fayemi is well known as a leader not given to frivolous and distracting talk.”