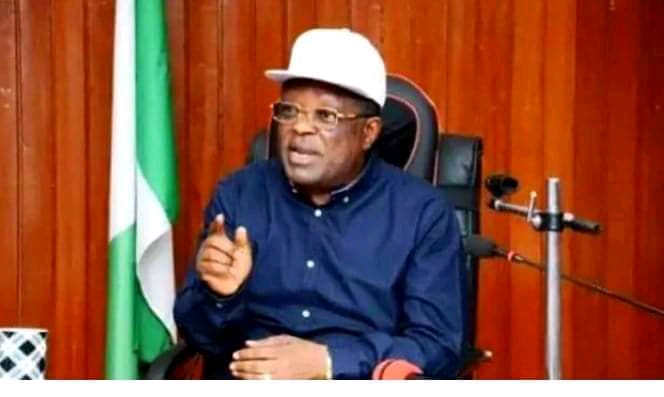 The Independent National Electoral Commission (INEC) has suspended action on court orders and motions regarding the defection of Gov. Dave Umahi of Ebonyi and his Deputy, Chief Kelechi Igwe.

The commission disclosed this in a statement by Festus Okoye, National Commissioner and Chairman, Information and Voter Education in Abuja on Thursday.

He said that the commission met on Thursday and deliberated on a wide range of issues.

The issues according to him, includes preparations for the Osun State Governorship election and cases on the defection of the Governor and Deputy-Governor of Ebonyi State and 16 members of the State House of Assembly from the Peoples Democratic Party (PDP) to the All Progressives Congress (APC).

Okoye said that the commission decided to stay action at the meeting of the commission held on Thursday in Abuja, in the light of the conflicting judgements and orders served on it from Courts of coordinate jurisdiction.

“It will be recalled that the Commission met on Thursday, March 17 on the matter, decided to defer its deliberation on the Ebonyi cases.

“The commission stepped down the listed Memorandum to enable its Legal Services and Clearance Committee to study the new processes served on it in the light of the previously served ones and advise the Commission comprehensively.

“Since then, the Commission has been served yet more Court Processes on the same matter, bringing the total to 12.

“The Commission also considers it prudent to stay action on the conflicting judgements and orders being aware of the pendency of Appeals and Motions for Stay of Execution of some of the judgements before various divisions of the Court of Appeal.