$537million Lagos consulate will be world’s largest – US 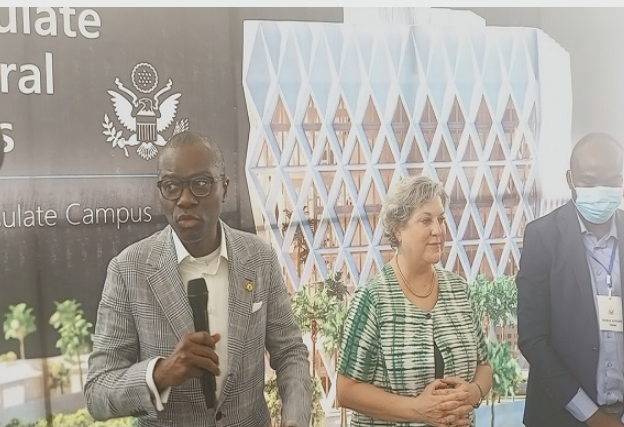 Ambassador Mary Leonard and Lagos Governor Babajide Sanwo-Olu stated this at the Eko Atlantic City in Lagos during the ongoing groundbreaking ceremony for the consulate.

According to Ambassador Leonard, the 10-storey consular complex will pump about $90milion into the Lagos and Nigerian economy.