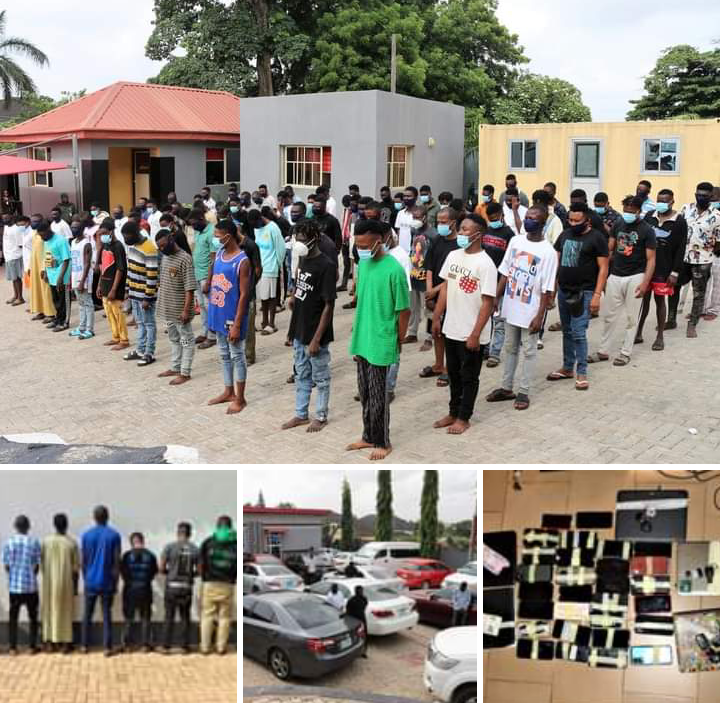 Operatives of the Ibadan Zonal Command of the EFCC, have arrested eighty (80) suspects for alleged internet- related activities in Ibadan, Oyo State.

Forty (40) other suspects were arrested by operatives of the Enugu Zonal Command of the Commission for the same suspected offences.

They were all arrested based on verified intelligence linking them with fraudulent internet activities.

Incriminating documents were found in 35 of the 80 suspects arrested in Ibadan and they are:

The suspects were arrested in various locations in Ibadan, Oyo State and items recovered from them include: thirteen (13) exotic cars, three (3) motor bikes and mobile phones and laptops of different brands.

They were arrested in Nsukka, and the Premier Layout Axis of Enugu, Enugu State following verified intelligence linking them with suspected internet- related offences.

Items recovered from them are, three cars, mobile phones and laptops of various brands and other incriminating documents.

The suspects will be charged to court as soon as investigations are concluded.