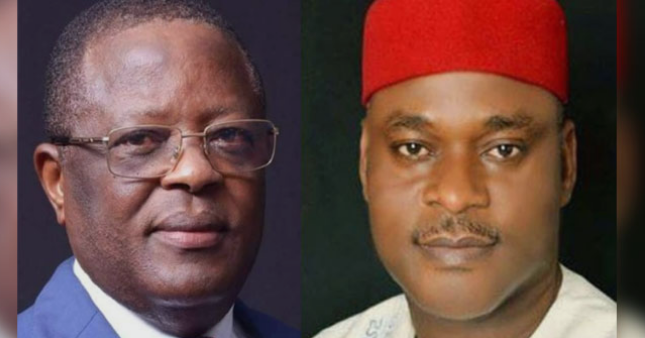 The Court of Appeal sitting in Enugu on Friday upheld the February 28th decision of the Abakaliki High Court bothering on the defection of Governor David Umahi and his deputy, Kelechi Igwe, from the People’s Democratic Party to the All Progressives Congress (APC).

The sitting which began at exactly 11:00 am had the Honourable Justice Alfa Belgore assisted by justices Oyewole and S. N Gbagi, with counsel to both parties in attendance.

In a 37th judgement read on the floor of the court, Justice Belgore held that the appeal lacked merit and that the cases sighted are totally irrelevant to the matter brought before the court.

The lead judge, Justice Belgore further pointed out that the removal of elected officials, in this case, Governor Umahi and his deputy, lies in the hands of the legislature and must be in line with the constitution of the Federal Republic of Nigeria, as amended.

The judge specifically sighted section 308 of the Constitution and pointed out that no legal action can be taken against a sitting president and vice president, governor and his deputy.

He, therefore, dismissed the appeal with a N200k fine against the defendant.