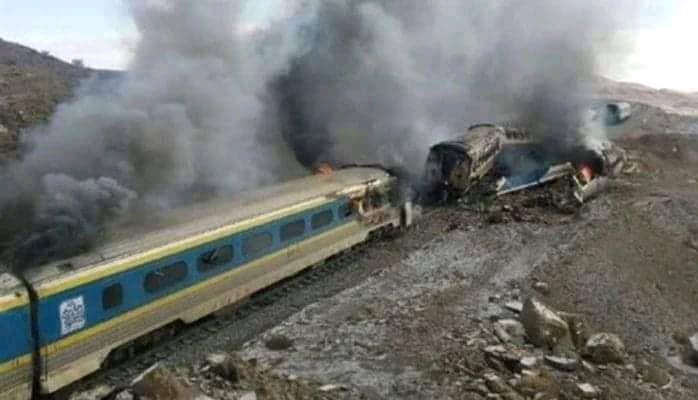 A cargo train conveying goods from Lagos to Kano has derailed in Kaduna state, claiming the life of the driver.

The incident happened on Thursday at Farin Ruwa village, near Jaji in Igabi Local Government Area of the state, just three days after a train bound for the same state from Abuja was attacked by bandits, who killed eight passengers on board, 26 persons, and also abducted many others.

Confirming the incident, the Public Relations Officer of the Nigerian Railway Corporation, Northern Regional District, Abdullahi Alhaji, explained that the narrow gauge train travelling from Lagos to Kano was conveying soft drinks before it derailed in Jaji, Kaduna State.

He attributed the accident to vandalization of the slippers and other accessories of the rail track in the area.

The NRC spokesman also identified the lone casualty in the train accident as Bala Kawu, the driver of the train.

The corpse was later handed to the deceased family for burial.