Oil Theft: Nigeria Might Be Sliding Into Bankruptcy – Pastor Adeboye 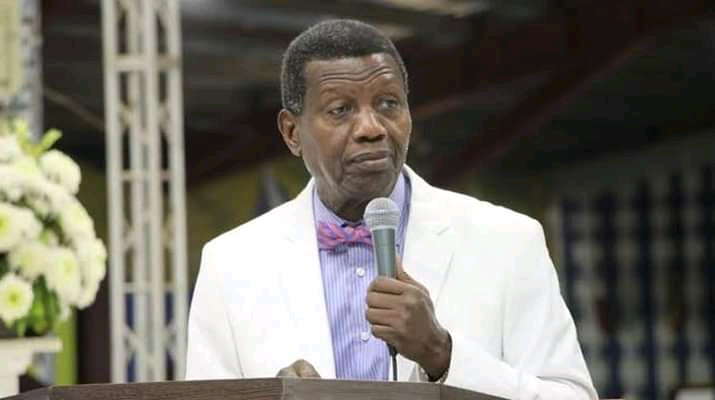 Pastor Enoch Adeboye, the General Overseer of the Redeemed Christian Church of God (RCCG), has rued oil theft in the country, warning that Nigeria might go bankrupt if the trend is not checked.

‘Daddy Adeboye,’ as he is fondly called, said this in a sermon to his congregation during a thanksgiving service on Sunday.

“Who is stealing the oil? Where is the money going? What do they want to do with the money? Who are the foreign nations buying this stolen oil? How many of these nations of the world are your friends?” he asked.

He also raised concerns over the country’s economic future, warning that Nigeria’s debt to service revenue ratio might pose danger for decades.

According to him, over 90 per cent of Nigeria’s revenue from crude oil sales is used to furnish interest accruing on debt.

“We are borrowing more and according to a friend of mine, we are moving steadily towards a state of bankruptcy, a whole nation…,” the cleric said.

“That is why we are going to pray so that our children and children’s children do not keep paying debt. We are still borrowing. ”

‘You Have A Duty’
The revered preacher also spoke about the 2023 election, urging Nigerians, especially his congregation, to take part in the political process.

He believes those who do not vote during elections should not complain about how the country is conveyed.

“As a Nigerian, you have a duty to register, to vote, and make sure your vote will count. You have a duty to belong to any party of your choice; you can’t refuse to vote and then complain about the government,” the  80-year-old explained.

Pastor Adeboye, however, clarified that his position “has nothing to do with partisan politics,” maintaining that he is not interested in the political party members of his church belong to.

“I have never told you this is the fellow you should vote for. I have never said this is the party you should belong to and I will never say it. Because in the Redeemed Christian Church of God, every party is represented here. APC, PDP, APGA, Labour, and other parties that you don’t even know their names,” the cleric added.

But according to him, he is unsure if the 2023 elections will take place in the country,

“As of now, as I am standing before you, I still don’t know yet whether or not there would be an election next year,” the charismatic preacher added.

“Don’t say that Pastor Adeboye said there would be no election next year; that’s not what I said. Adeboye does not know yet, put the word ‘yet’.”