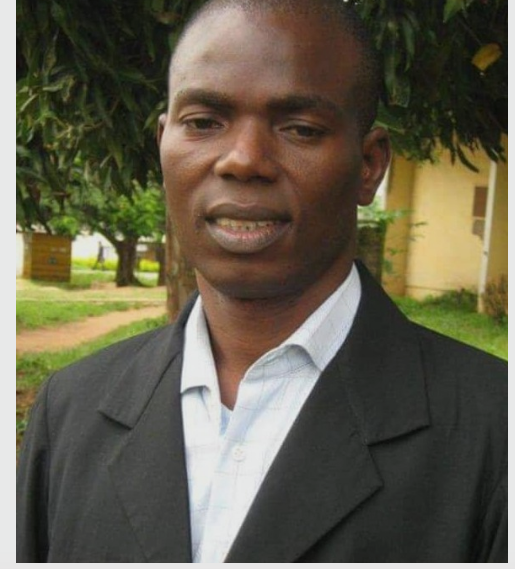 Recall that Dr Omonijo of the Department of Water Resources Management and Agro-Meteorology, Faculty of Agriculture, had been in a running battle with the authorities of FUOYE since 2019 when he was illegally suspended and later unlawfully sacked for reasons not clearly stated by the university.

Dr Omonijo subsequently sued FUOYE at the Akure Division of the National Industrial Court of Nigeria (NICN) praying for among other things his reinstatement and declarations that his suspension and summary dismissal were illegal, null and void.

The ASUU Chairman in an interview recently said that all the reasons advanced by the university against him were false and that he was actually being persecuted as chairman of FUOYE branch of ASUU which had written a report of the state of FUOYE which detailed several employment and promotion malpractices in the university.

According to Omonijo, in the course of the litigation, the university’s authorities initiated an out-of-court settlement in the matter which led to a consent judgement based on mutual agreements between him and the university, a process in which the Vice-Chancellor, Prof Fasina, was personally involved along with counsel on both sides.

The consent judgement, among other things, not only ordered the reinstatement of the Dr Omonijo, it also ordered the payment of all his outstanding salaries and allowances from when it was stopped in February 2019 to date.

However, FUOYE disregarded the judgement as in reinstating Dr Omonijo, it demanded him to write a “letter of good behaviour,” a precondition that is alien to the terms of the consent judgement, and which Dr Omonijo’s counsel, Falana & Falana Chambers, said is in contempt of the court.

Rattled by National Record’s report and subsequent interview with Dr Omonijo, FUOYE wrote a warning letter asking him to desist from peddling falsehood against the university and its principal officers.

The letter, obtained via a reliable source at FUOYE, is dated 10th March, 2022, with reference number FUOYE/REG/A/33/Vol.4/001, and entitled: “Warning on False Allegation Against the Federal University Oye-Ekiti.”

According to the letter signed by Mr Mufutau A. Ibrahim, Acting Registrar, FUOYE stated:

“The University Management has noted with dismay your series of false allegations against the University and its Principal Officers especially, your persistent reference to the personality of Prof Abayomi Sunday Fasina, Vice-Chancellor, Federal University Oye-Ekiti on double salary which you cannot substantiate.

“This is for your kind information and compliance, failing which the University Management will be compelled to take appropriate actions against you.”

Our client did not make false allegations, VC did collect double salary

When contacted, Dr Omonijo confirmed receiving the letter which he said was sent to him via WhatsApp. He also said his counsel, Hon. ’Bayo Idowu & Co, Joseph Chambers, had since responded to FUOYE.

The response, dated 30th March, 2022, with reference number Ref: HBIC/JC/03/22, signed by Hon. Bayo Idowu, Esq., and entitled “Re: Warning on False Allegations Against the Federal University Oye-Ekiti,” Omonijo’s counsel not only stood by the allegation of fraudulent collection of double salaries by Prof Fasina, he also pointed out documents containing the fraud act, which he said are in public domain.

“For clarity and understanding sir, kindly find below the narrative of several steps we had taken on the allegation of collection of double salary by Prof. Abayomi Sunday Fasina.

“ii. The Ekiti State University, Ado-Ekiti acceded to our demands via two separate letters dated 9th July, 2020 and 28th October, 2020 with reference: AD/OU.2/VOL.XV/45 and reference: VC/P-4A/Vol.IX/82 respectively, while the Management of the Federal University Oye-Ekiti hired a legal Counsel with the University money (public fund) respond to us with the aim of defending and àcovering up salary fraud committed by Prof. Fasina.

“iii. We received an invitation to interact with the Committee to review the report on petition against Prof. A. S. Fasina on Tuesday, 9th February, 2021 from Ekiti State University, Ado-Ekiti, via a letter dated 2nd February, 2021 and signed by the Secretary to the Committee, Mrs Ade-Ojo, R. T. B. We were told by the Committee that invitation letter was sent to Prof. Fasina and others that were relevant to the matter to appear before the Committee.

He also appealed to the authorities of FUOYE to therefore “direct the Ag. Registrar to withdraw the warning letter issued to our client in order not to be accused of working against the anti-corruption crusade of the Administration of President Muhammadu Buhari.”

According to him, the matter is a personal matter in which the university should not dabble into. “We wish to state categorically that this matter is a personal matter of Prof. Fasina and he should not bring University Management into it. To this end, we are waiting for the action of Prof. Aboyomi [sic] Sunday Fasina on this matter and not that of University Management which position is that of meddlesome interloper,” Mr Idowu stated in the letter.

Idowu accused FUOYE of deliberately avoiding the substantive matter concerning Dr Omonijo’s reinstatement vis-à-vis the reference to his dismissal, issues around which have remain unresolved up to now and therefore causing “a confusion”. He therefore demanded of FUOYE to clarify the confusion.

“There is a confusion [sic] between the above mentioned warning letter and the letter of reinstatement of appointment dated 10th November, 2021 issued to our client from your office.

“You mentioned in the letter of reinstatement of appointment that our client was dismissed from the service of the Federal University, Oye-Ekiti which was not correct. This letter has not been withdrawn or re-written as at today to reflect the correct position of the matter despite that your attention was drawn to it by the letter written to you by our client’s Counsel.

“Here again, you routed this letter of warning through the Ag. HOD, Water Resources Management and Agro-Meteorology to our client. We kindly appeal to you to clarify this confusion.”

Efforts to get the Federal Ministry of Education to respond to the lingering crisis in FUOYE failed as the Ministry’s spokesperson, Mr Ben Bem Goong, did not respond to inquiry messages sent to him as at press time.