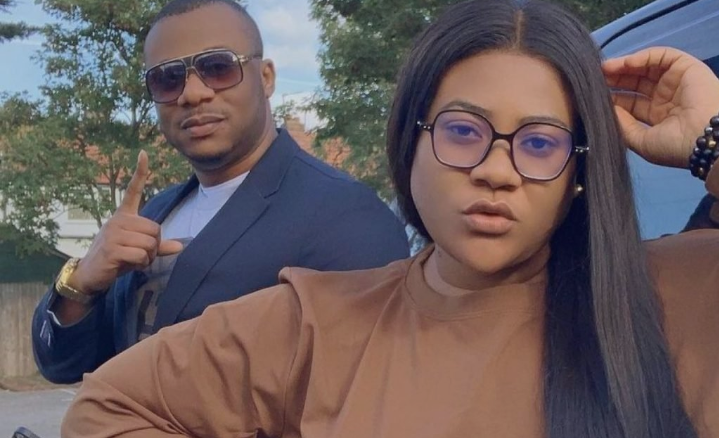 Popular Nollywood actress Nkechi Blessing has shared some of the reasons why her relationship with Opeyemi Falegan crashed.

The actress and Falegan both confirmed their relationship was over on Wednesday.

According to Nkechi, her ex-boyfriend wanted to use her celebrity status for selfish reasons.

She explained that he became notorious for always begging for financial assistance to fund his foundation, a move that didn’t sit well with the actress.

She also revealed that Falegan was a jobless man who would stay at home for months without doing anything.

“If they ask me what my so-called boyfriend does for a living, walai I don’t have an answer. 3 weeks in London you no wake up go work, sleep and wake up for live video. If joblessness was a person…Tueh,” she wrote.

“I don’t want to be known for any notoriety or anything controversial.

“I have a name, that name is my pride. I want to be known as someone who added value to people and who will keep doing the work for people.

“I have a name that I am trying to protect here. Anything at all, husband of who? Where did you see the husband?

“I’m not the husband of a lesbian, put respect on my name.”