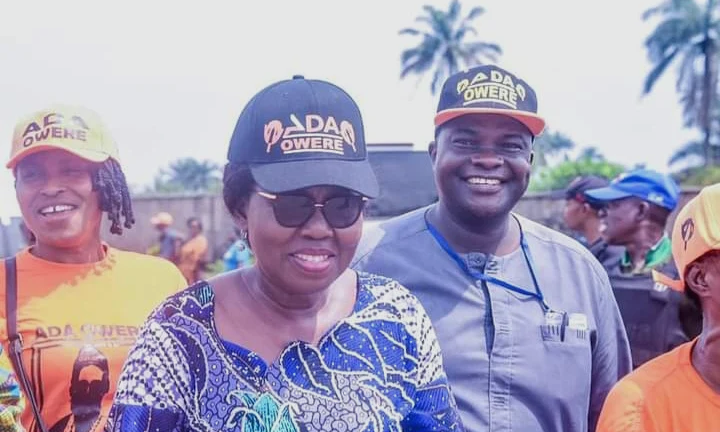 First Lady of Ondo state, Betty Anyanwu-Akeredolu, has declared her intention to contest the Imo east senatorial seat in the 2023 general election.

According to NAN, she announced her decision on Friday during an interaction with members of the correspondents’ chapel of the Nigeria Union of Journalists (NUJ), Imo council, in Owerri.

Betty said her decision to run for senate on the platform of the All Progressives Congress (APC) is to address the neglect of the district by successive administrations.

She highlighted the challenges experienced in the district to include poor refuse disposal system and lack of standard medical facilities.

According to her, she never lost touch with her biological roots in the last 40 years that she had been married.

“I have deep interest in human capital development and a deep-seated desire to improve the lives of my people from Imo. Leadership is not gender-specific,” NAN quoted her as saying.

Betty added that she had a greater chance to “change the narrative” in Imo east senatorial district as an Igbo daughter with Yoruba in-laws, as she could attract projects that would impact the lives of her people.

“I have demonstrated this ability to handle the position with the many development projects I had attracted to my community in the past,” she said.

“I have ensured that my development projects, as the wife of a sitting governor, are extended to my state of origin.

“I attracted the construction of a 10.5km road worth N1.6 billion from Niger Delta Development Commission and it is currently under construction.

“I have also sponsored no fewer than 200 girls with technological knowledge and special focus on information communication technology, among others.”

While soliciting the support of the people, she added that she would align with her party’s decision if a consensus candidate was approved for the senatorial district.

In his remarks, Chris Njoku, chairman of the NUJ chapel, commended the various initiatives of the governor’s wife.

“We noticed your good work and we pledge to continue the collaboration with you to ensure that your good initiatives, which have begun to materialise, will be expanded even more for the overall good of our people,” Njoku said.