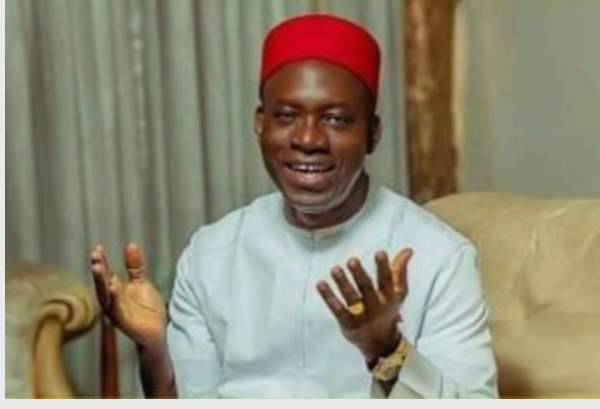 Anambra State Governor, Chukwuma Soludo, on Saturday swore in 20 commissioners with a charge for them to get ready for service.

The News Agency of Nigeria (NAN) reports that those sworn into office were cleared earlier by the State House of Assembly.

Soludo, who performed the function at the state Executive Council Chamber, Government House Awka, charged them to deliver optimal services to the people of Anambra.

He said that his administration would declare a state of emergency in all the sectors starting with security.

“All sectors will be given due attention beginning with security which we have already started doing something,” he said.

Soludo said that the assignment of the portfolio to each of the new commissioners before the swearing-in was a clear departure to known tradition.

He said that the commissioners were selected based on their areas of specialisation.

“More than 22, 000 persons applied to serve, out of which more than 1, 000 indicated interest to serve as commissioners.

“It is from this list that we picked the 20 commissioners and another commissioner nominee yet to be cleared by the lawmakers because I submitted his name after the initial list was sent,” Soludo said.

He said each of the commissioners would be given his election manifesto, Anambra vision 2070, document and the report submitted by a transition committee before his handover.

“Each of you must study the three documents because the documents constitute the template best tagged social contract with more than 15 million residents of Anambra and our people in the Diaspora,” he said.

He appealed to the people of the state, especially the families and close relatives of the commissioners, to ensure that they did not place many demands on them as their services were more to the state.

Responding on behalf of her colleagues, Mrs Sylvia Ifemeje, the Commissioner for Justice and Attorney-General, thanked God and Soludo for their appointments, adding that they would not disappoint the state. (NAN)