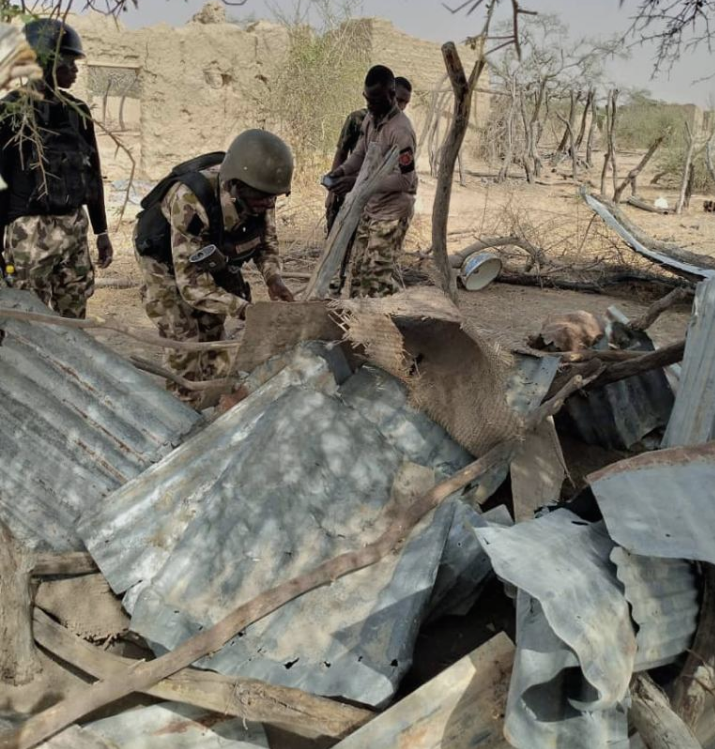 Troops of the multinational joint task force have killed 18 suspected members of Islamic State in West Africa Province (ISWAP) around the Lake Chad.

The task force is made up of soldiers from Nigeria, Niger and Cameroon.

The killing of the suspected terrorists in the early hours of April 3 followed a week-long clearance operations.

Malam Fatori, Gashigar, Talata Ngam,
Larki A & B and Kagarwa are some of the towns of Abadam LGA of Borno the troops went through.

“The force subsequently continued its advancement toward TALATA NGAM, On 4 Apr 22, contact was made at Larki, a border village which was said to be a meeting point of the insurgents, during which 3 terrorists were killed and one guntruck was destroyed,” a source reportedly told Zagazola.

“The enemy also attacked our own troops in their harbour area near Kangarwa.

“The attack was decisively dealt with which resulted in the killing of five more Boko Haram/ISWAP criminals and recovering five Ak 47, two motorcycles, rounds of ammunition and over 40 bags of beans destroyed.

“Both the Force Commander MNJTF and the Theatre Commander  Operation  Hadin Kai have commended the troops and urge them to remain steadfast and dogged.”