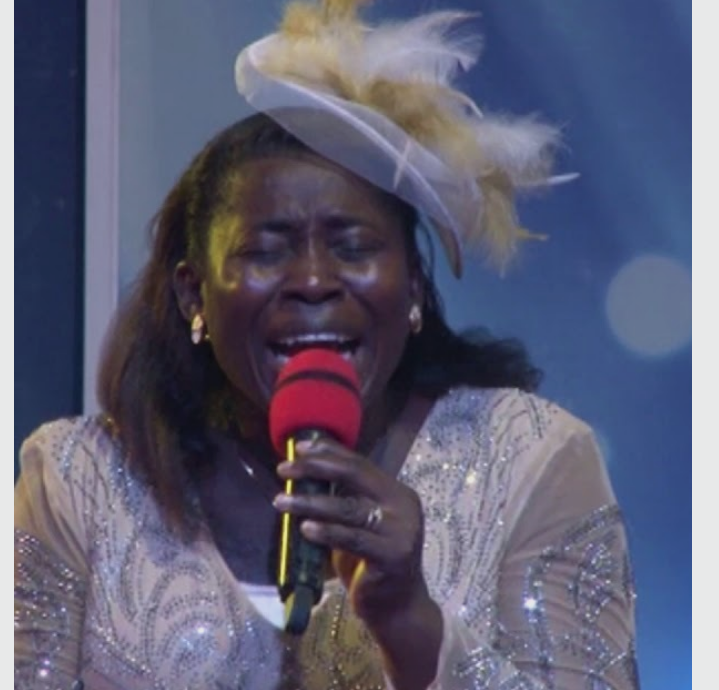 Popular gospel singer Sister Osinachi Nwachukwu who died Friday in Abuja was a victim of domestic abuse perpetrated by her husband Peter, various posts in the social media claimed.

One of the commenters Asu Ekiye pointedly called for the arrest of her husband, following reports that Peter inflicted the injury that sent the Ekwueme crooner, Osinachi to her maker, untimely.

“If what I hear about Domestic abuse is anything to go by, then I hereby endorse the call for the arrest of the husband of Osinachi immediately for questioning”, Ekiye said in a Facebook post on Saturday.

Ekiye, a renowned Niger Delta artiste and one of the leading stakeholders of the Fellowship of Gospel Music Ministers Of Nigeria (FOGMMON), is one of the multitudes mourning the demise of Osinachi at the unripe age of 42.

Allegations that Peter was culpable in the death of his wife surfaced Friday, immediately after her death was announced.

Bar Chidinma, also called Chidinma Ego, said to be a friend of Osinachi, in a post claimed that Peter had been beating and maltreating Osinachi and that she had been dying in silence.

According to the post, Osinachi was hospitalised after Peter kicked her in the chest.

“She’s been on life support for five days and finally died”.

Chidinnma claimed Peter had been arrested and prayed that “he rot in jail”.

“I say this often: who you marry is more important than marriage itself, my people”.

In another post credited to her, she revealed that there was a time Peter tied Osinachi and instructed her children to cane her.

Gold Martins, also a gospel artiste, in a reaction to Bar Chidinma’s posts spilled what she knew about Osinachi’s marriage.

She poked the conscience of the church, in her submission

“While praying last night, all I was praying for was for God to touch the heart of people around her. Let them come out and speak. That woman personally told someone I know what she was passing through in the hands of that her husband.

“According to her “if not for the church and what people will say, I would have left this marriage”

“Even in their presence when that man called her, he was calling her names like “steeewpid” and “fuuuuul*ish”

“If minister Osinachi could tell a total stranger her story, how much more her church? Do you want me to believe that her church and pastor didn’t know what this woman was passing through?

“Can they come out and swear that they are ignorant of the fact that she was living with her enemy?

“We have received a lot of news as to how the husband of this lady has been maltreating her.

“She confessed with her mouth one time that her husband would lock her up in the room and never allow her to go for ministrations even after being paid for her welfare.

“He made himself her manager and made it difficult and unpleasant for people, churches and organisations to invite her for ministrations.

“The final news is that, the husband has been beating her and she had always kept it private and secret.

“Reportedly, the husband; Mr Nwachukwu, while beating her, he kicked the woman on her chest and she’s been on life support for about TWO MONTHS and finally gave up the ghost yesterday being 8th of April 2022.

“It is with a heart full of regrets that we make this notice”.

Pastor Kaycee, based in Warri, who also commented on Osinachi’s abuse by her husband, listed a torrent of tormenting, accusatory questions for Peter Nwachukwu.

Kaycee had met Osinachi before and the husband, who acted as her manager.

“Mr Peter Nwachukwu are you sure you will be forgiven for this thing you did? I don’t like posting demise pictures,but this one pain meeeeee,I was sooo patient with you before I could bring this woman to Warri,

“I never knew you were more than that..Mr Peter why did u do this,did u ever tot of the millions of people ur wife might have affected positively,

“did u ever tot of the pain you will put the body of Christ?

“Mr Peter,I was wondering why this woman was sooo scared of you even while she was not with you,Mr Peter why did you do this to me and the body of Christ,Mr Peter,you would have at least drove her and force her to leave you,Mr Peter,you made this woman almost started loosing Relevance with the too much Anointing..Mr Peter,why?

“Mr Peter will you still see money to collect?Mr Peter,Mr Peter,Only you put Millions of people in pain..

“Mr Peter Nwachukwu,God blessed you with a humble,down to earth,submissive woman,even while you were doing all those things to her,she was still humble to you,bearing,,which I know,no woman will take such..

“Mr Peter,you dint tell me this was wat u were doing to this woman of God,and I was comfortable with you on phone most time,even wen I know your very difficult but becos of mama,I have no choice…Mr Peter,I know you will be regretting now,saying how wish…Mr Peter you made me cry…..Mama Osy…it’s well.i wish this never happened..it’s well it’s well it’s well”

As Osinachi’s millions of fans absorbed the shocking news that she was serially abused by her man before her death, some celebrity influencers weighed in with advice for the womenfolk.

Award winning actor, William Uchemba wrote: “If you are being abused and you take the case to your pastor/imam/leader and he asks you to go back to the house where your abuser is, Change Church. Cos that your leader needs therapy too.”

Singer Simi also wrote: “The church needs to start letting people know that it’s ok to speak out when they are going through something.

“You are not any less of a Christian or born again if you are going through something and you speak out.”

Meanwhile, Peter Nwachukwu, the man at the centre of allegations of domestic abuse, was yet, as at Saturday night, to speak on the wife’s death or react to the welter of accusations.