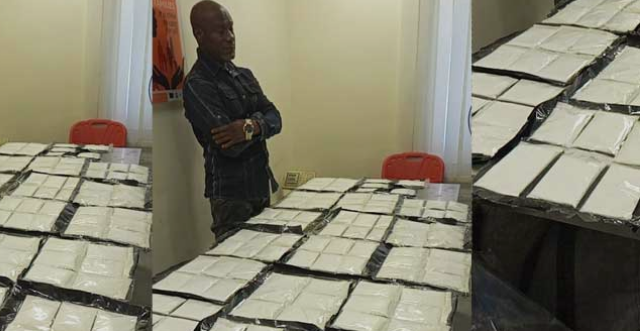 NDLEA spokesman, Femi Babafemi, who confirmed the seizure via a statement on Sunday, said the illicit drug was brought into the country by a 52-year-old Brazilian returnee, Akudirinwa Hilary Uchenna, who hails from Oru East Local Government Area of Imo State.

Uchenna was arrested on Saturday at the D-Arrival Hall of the Lagos airport upon his return from Sao Paulo, Brazil via Doha aboard a Qatar Airline flight, while the 101 parcels of the class A drug with a gross weight of 13.2 kilograms were recovered from his only check-in bag.

“During a preliminary interview, Uchenna, who claimed to be a carpenter, confessed that he was to be paid N5 million for trafficking the drug after successfully delivering the consignment in Lagos,” the NDLEA spokesman said.

According to the agency, a 37-year-old South African returnee, Ezekwesili Afamefune, brought in the consignment weighing 730grams aboard an Ethiopian Airlines flight from Johannesburg, South Africa via Addis Ababa, Ethiopia. Ezekwesili is from Awka South Local Government Area of Anambra State.