Why I met with APC govs – Tinubu 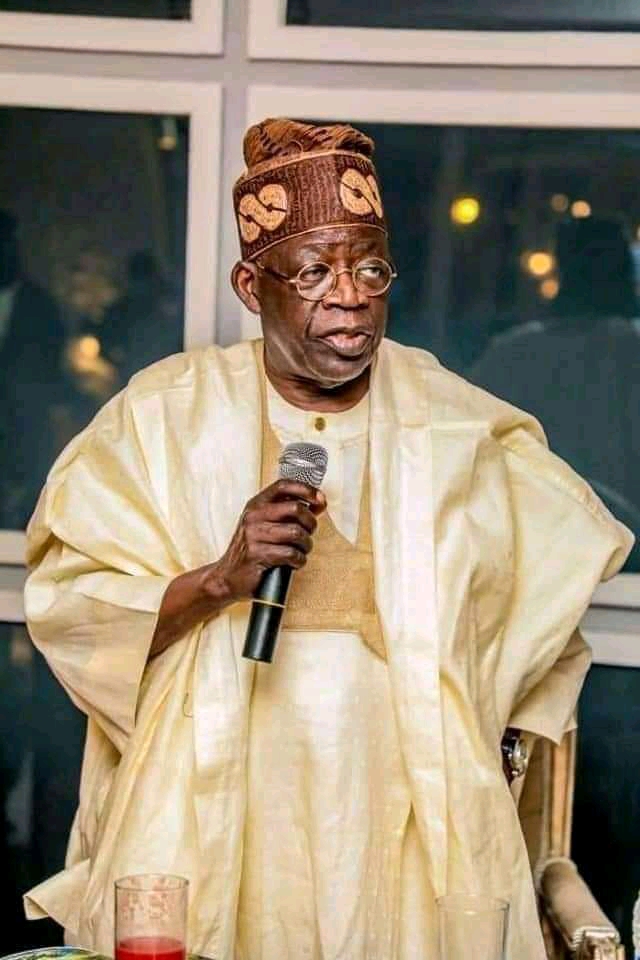 The former governor of Lagos state and presidential aspirant on the platform of All Progressives Congress (APC), Asiwaju Bola Tinubu, has explained why he met with members of the Progressives Governors Forum on Monday.

Recall that Tinubu had earlier met with the APC governors at the Kebbi State Governor’s Lodge, Asokoro, Abuja, hours after Vice President Yemi Osinbajo declared his intention to succeed President Muhammadu Buhari in 2023.

The governors in attendance include Governors Abubakar Bagudu of Kebbi State, Nasir El-Rufai of Kaduna State, Bababjide Sanwo-Olu of Lagos, Abdullahi Ganduje of Kano, Gboyega Oyetola of Osun, Mai Mala Binu of Yobe, Simon Lalong of Plateau, Abubakar Badaru of Jigawa, amongst others.

The meeting came less than 24 hours after Osinbajo hosted the governors at his Aguda House residence on Sunday evening; where he disclosed his intention to run for the APC presidential ticket.

But briefing newsmen after the meeting, the National Leader of All Progressives Congress noted that he met with the governors to seek their support for his ambition to become Nigeria’s president.

“My mission here is to seek collaboration, support, and encouragement of my party, the APC, for my ambition to become the president of the Federal Republic of Nigeria as a replacement for President Muhammadu Buhari after his tenure,” he said.

When asked about Osinbajo’s declaration and 2023 ambition, Tinubu said, “I don’t have any son grown up enough to make such declaration.”

He added, “The fact that we have people in our party that express desire to lead the party into the highest office in the electoral contest shows how much this our party has resonated with Nigerians and our party members.”

Speaking on the purpose of the meeting, Bagudu said Tinubu met the governors to formally briefed them on his intention to lead Nigeria after Buhari’s regime in 2023.

“He met members of the PGF and stated what he has said publicly, his intention to seek the office of the President come 2023 which he had already announced before now.

“He briefed us on his reasons, thinking, and message. The governors graciously listened to him to digest everything he said. He acknowledged the role of the governors in the last convention of the party by helping in the evolution of the leadership that is acceptable and widely acknowledged by all party members.”

Bagudu noted that he responded on behalf of the governors and assured the presidential aspirant that they (governors) would discuss the matter during their meeting and make informed decision on his message.