My Campaign will be issue-based, Oyebanji assures 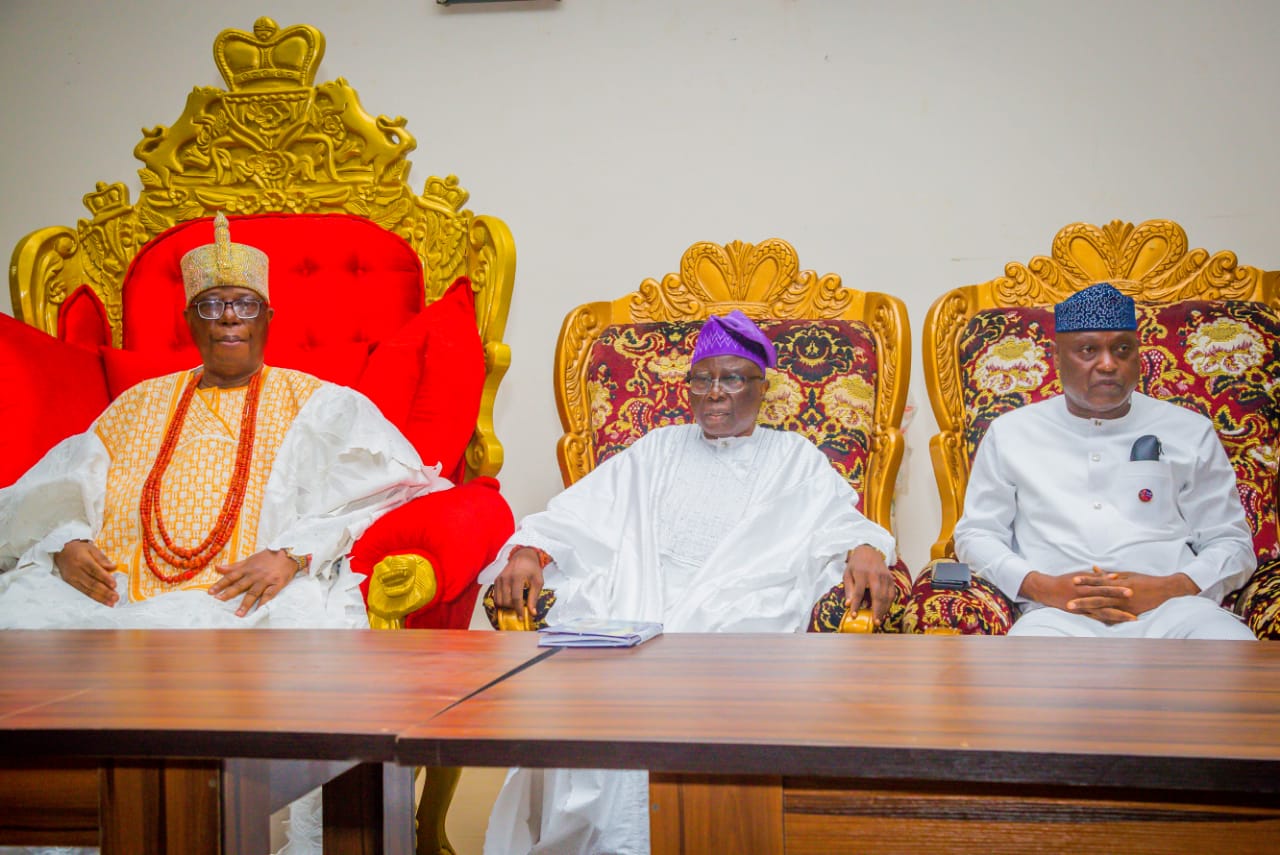 …as Ewi prays for APC Candidate during visit to palace

The Candidate of the All Progressives Congress (APC) in the June 18, governorship election in Ekiti State, Mr Biodun Abayomi Oyebanji, has restated his commitment to issue-based campaign and peaceful conduct of supporters ahead of the Ekiti guber poll.

Oyebanji gave the assurance on Monday during a courtesy visit to the palace of Ewi of Ado Ekiti, HRM, Oba Rufus Adeyemo Adejugbe, as part of ongoing consultations preceding the his gubernatorial campaign.

The State Deputy Governor, Otunba Bisi Egbeyemi led the team, which comprised a few chieftains of the party and friends of the candidate, to the palace.

Oyebanji, who was received by Oba Adejugbe and his chiefs, said he would focus on issues that border on development and those that are of concern to the people of the State during his campaign, scheduled to commence after the Easter break. The APC candidate stated that he remains the candidate with the most public service experience having served in different capacities in the administration of Otunba Niyi Adebayo as well as the first and second administrations of Dr Kayode Fayemi.

The former Secretary to the State Government who recalled his first visit to the Ewi’s palace in 1994 as a young lecturer at the State-own University, lauded Oba Adejugbe’s leadership role in the agitation that culminated in the creation of Ekiti State in 1996.

“But for the struggle which was championed by Kabiyesi and other prominent citizens then, there wouldn’t have been anything like Ekiti State today, and nobody would be aspiring to be a governor or lawmaker in Ekiti State.

“You are a good person. You have promised an issue-based campaign, please ensure you stick with issues and ensure your supporters tow the path of peace.

“I have known you since 1994 when you first came here to discuss the state creation issue. And you have always demonstrated good conduct, courage and brilliance.”, Oba Adejugbe said.

The Traditional ruler prayed for Oyebanji and his team.

Earlier, Otunba Egbeyemi had said that Oyebanji would continue with the laudable projects and policies of the Fayemi administration when voted in.