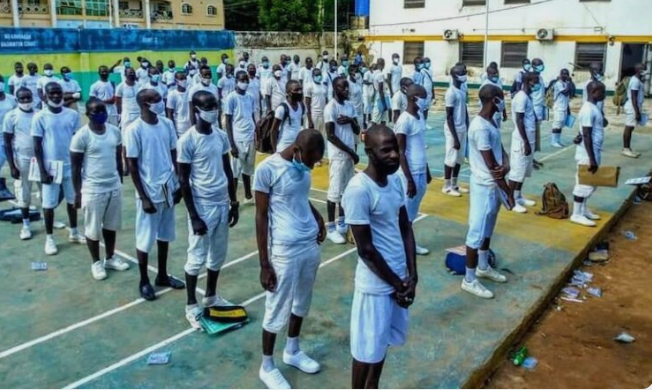 The Nigeria Police Force has asked all candidates who applied for its constable jobs to check their status on the recruitment portal, www.policerecruitment.gov.ng.

In a statement by its spokesman CSP Olumuyiwa Adejobi, the police high command said the computer based test (CBT) will hold between 20 and 21 April.

It urged applicants , who applied and attended the physical screening exercise, to print their Computer Based Test (CBT) examination slip, if qualified for the next stage of the exercise.

“This slip would grant them access to the CBT Examinations scheduled to hold between 20th and 21st April 2022 at designated centres in the thirty-six (36) States of the Federation, and the Federal Capital Territory (FCT)”, Adejobi said.

“The CBT examinations printout will show specific examination dates, times, and designated locations for each candidate within the States/FCT.

“Detailed and specific guidelines for each State will be announced by the Police Public Relations Officers in the thirty-six states of the Federation and the Federal Capital Territory (FCT).

“Premised on this, successful candidates for the next stage can check their application status on https://www.policerecruitment.gov.ng accordingly.

“The Inspector-General of Police, IGP Usman Alkali Baba reiterates that the recruitment exercise is absolutely free of charge and without any pecuniary obligation.

“The IGP equally assures that the process will be conducted in the best tradition of transparency and accountability.

“He advises the applicants to be wary of online imposters, scammers, and other criminal elements who might want to take advantage of the recruitment process to dupe innocent applicants.

“All complaints can be channeled through 08100004507 or support@policerecruitment.gov.ng. The IGP however warns that anyone found wanting in this regard will be arrested and prosecuted.