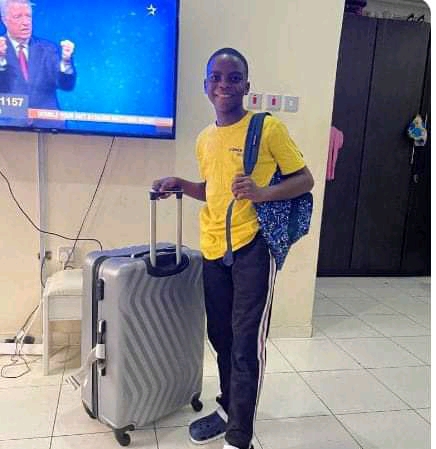 The coroner’s inquest into the death of Sylvester Oromoni has suffered a setback.

The sitting had been adjourned until April 11 and 12 for some witnesses to testify.

But on Tuesday, a lawyer for the family, Taiwo Olawanle, told newsmen that the sittings were stalled because the witnesses were not available.

At the last sitting, a toxicologist, Benedict Agbo, told the coroner that he didn’t get any request to test the blackish substance found in the intestine of late Sylvester Oromoni (Jnr).

A second autopsy conducted on the deceased by a pathologist at the Lagos State Teaching University Hospital (LASUTH), Sunday Soyemi, found the blackish substance.

The substance is believed to be the chemical allegedly forced down the throat of the schoolboy by some senior pupils at Dowen College that led to his death.

Sometime in December 2021, a disturbing video of a pre-teen boy writhing in pain was posted online.

In the footage, the boy, a pupil of Dowen College, a boarding secondary school in the highbrow Lekki Phase 1 Estate in Lagos, seemed to be fighting for his life. A few days later, the boy, named Sylvester Oromoni, same as his father, died a few days after his 12th birthday on November 30.

The deceased’s father claimed that some senior students bullied his son to death after he refused to join a secret cult and forced him to drink a chemical substance that led to his death.

Following public outcry, the students were arrested and eventually exonerated because the police could not establish any prima-facie case of murder against them.

A pathologist from the Lagos State University Teaching Hospital (LASUTH) had testified that the deceased could have survived if he was treated with a “massive dose of antibiotics,” intravenous fluid, and blood transfusion.

Mr Soyemi, however, said the 12-year-old died of sepsis (infection).