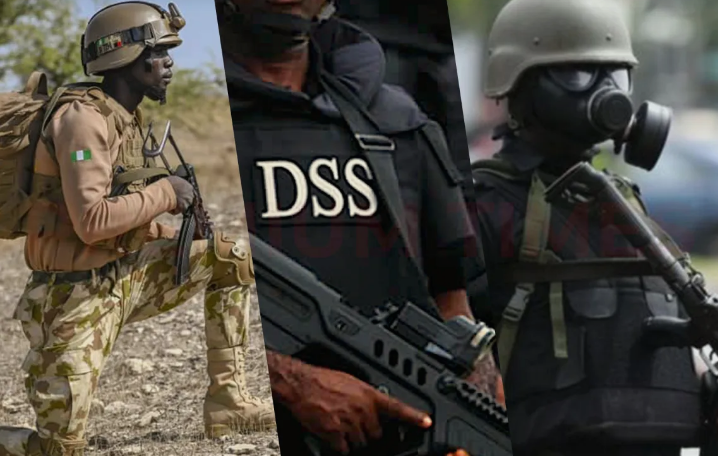 The United States Government says impunity and corruption, among other vices, are major drivers of impunity in Nigeria’s security agencies, including the police, the State Security Service, and the army.

The U.S. government, through the Department of State, stated this in its 2021 annual Country Reports on Human Rights Practices. The report was released on Tuesday.

The report covered many issues, including civil and human rights, corruption in the public sector and impunity in Nigeria’s security architecture.

The U.S. also accused the Nigerian security agents of acting outside civilian authority without fear of punishment or suffering the consequences of their actions.

“Impunity, exacerbated by corruption and a weak judiciary, remained a significant problem in the security forces, especially in police, military, and the Department of State Services,” the U.S. government said.

”Police, the military, and the Department of State Services reported to civilian authorities but periodically acted outside civilian control.

”The national police, army, and other security services sometimes used force to disperse protesters and apprehend criminals and suspects. Police forces engaging in crowd-control operations generally attempted to disperse crowds using nonlethal tactics, such as firing tear gas, before escalating their use of force.

“Human rights violations, corruption, and extrajudicial crimes by officials of the Nigerian security forces have remained a concern, with several reports highlighting a large number of Nigerians who are being targeted regularly.”

A 2017 report by the United Nations Office on Drugs and Crime (UNODC) listed the Nigerian police officers and tax/revenue officers as public officers to whom the highest number of bribes were paid.

The survey said 29.7 per cent of all bribes at about N400 billion are paid to police officers upon a direct request before the service is provided.

Secrecy in panel reports
The U.S. government also identified how the findings of various federal panels of inquiry established by Nigerian security forces to investigate suspected human rights breaches within the security forces were kept secret.

”The government regularly utilised disciplinary boards and mechanisms to investigate security force members and hold them accountable for crimes committed on duty, but the results of these accountability mechanisms were not always made public,” the report said.

Citing the report submitted by the Lagos Judicial Panel of Inquiry, which highlighted the role of the Nigerian Army and Police in the killing of #EndSARS protesters on October 20, 2020, the U.S. report stated that both the state and federal governments did not only dispute some of its findings but also delineated the entire 309-page panel’s recommendations, including ”that of legal action against the security forces, to the federal government for action.”

”The white paper also identified “inconsistencies” in the panel’s report, especially regarding the number of alleged deaths, and called its conclusions “totally unreliable and therefore unacceptable.”

”The federal minister of information and culture reiterated the government’s claim that no massacre occurred, pointing instead to the previous government acknowledgement that two persons had died during the protest at the Lekki Toll Gate.”

Arbitrary arrest
The U.S. report also accused the Nigerian military forces of arbitrarily arresting and detaining persons in the fight against Boko Haram and ISIS-WA in the North-east of the country last year.

It added that the Nigerian law enforcement and intelligence agencies did not always follow due process, arresting suspects without proper arrest and search warrants, in their pursuit of corruption cases.

“Security personnel reportedly arbitrarily arrested numerous persons during the year, although the number remained unknown. According to reports, the military arbitrarily arrested and detained – often in unmonitored military detention facilities – persons in the context of the fight against Boko Haram and ISIS-WA in the North East.

”In their prosecution of corruption cases, law enforcement and intelligence agencies did not always follow due process, arresting suspects without appropriate arrest and search warrants,” the report stated. (Premium Times)