Insecurity: Buhari To Meet With Service Chiefs On Tuesday 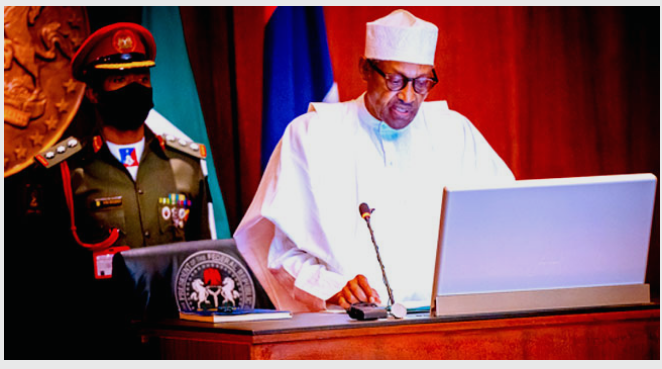 President Muhammadu Buhari will on Tuesday be meeting with the Service Chiefs.

The meeting comes amid the increased security challenges in the country.

The President had earlier on Thursday presided over a meeting of the Council of State at the Presidential Villa, Abuja. Discussions in the meeting were said to be mostly centred on the economy and insecurity.

The meeting, which started at 10 am, was attended by Vice President Yemi Osinbajo; the Secretary to the Government of the Federation Boss Mustapha, Boss Mustapha; National Security Adviser, Babagana Monguno and the Chief of Staff to the President, Prof. Ibrahim Gambari.

Former heads of state physically in attendance were Abdusalami Abubakar, Goodluck Jonathan, and Yakubu Gowon. Others attended the meeting virtually from their various locations.