What I Know About Osinachi’s Death — Pastor Enenche 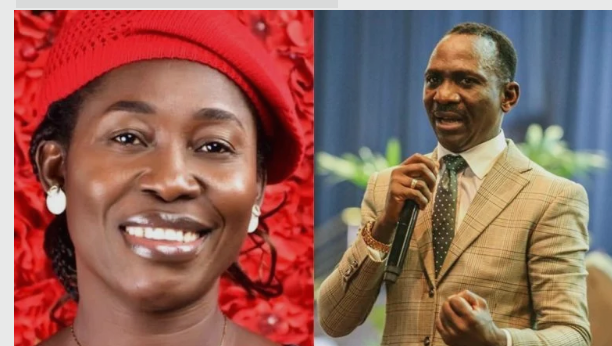 In a video posted on his official Facebook page on Wednesday evening, Enenche said he decided to set the record straight by disclosing what he knew regarding the circumstances surrounding the singer’s death.

He said that he could not tell if complications from alleged domestic violence contributed to Osinachi’s death, but was only aware of her respiratory health challenge, which he helped her to secure medical assistance for.

Enenche said, “Over two or three months ago, she (Osinachi) came to see me with her husband with complaints of chest pain [and] respiratory distress. I prayed for her, and prayed again.

“When the situation did not abate, I counselled them to go to the hospital to help us know what we were dealing with and they asked if I could help facilitate that process. I called the head of our medical team, Dr Osang, who is a Consultant Paediatrician at the Federal Medical Centre, Keffi, to assist with their situation and he called his colleagues at the Federal Medical Centre, Jabi, where they attended to them.

“On seeing her, they ordered some investigations after examination, and that included a CT scan. That was done and from what the doctors saw, they felt that there was a need for further investigation, either at the University of Abuja Teaching Hospital or at the National Hospital in Abuja.

“I called the doctor, a consultant pulmonologist respiratory physician at the University of Abuja Teaching Hospital, Dr Akoh Alexander, and told him the situation, and he asked that they come to see him immediately; and they went to the Gwagwalada Teaching Hospital.

“After they had examined her there and saw the situation, they felt there was a need for histology and biopsy of the lung tissue and they asked that she should go to the National Hospital to get that done.

“I again called Dr Jubril, who is the Head of Pathology and Consultant Histopathologist of the National Hospital Abuja, and reported the issue to him so he could help us with the investigation and find out what exactly happened and they continued the management.

“The histology was done, and from what I saw at that time, the picture was much milder than what the CT scan earlier showed. So, we felt very happy that, at least, there was a relief. She called me daily and we prayed with her, she reported progress; the point came when she did not need oxygen anymore.

“According to what she said to me one night, they checked her oxygen perfusion and it was 100 per cent, and we were very excited about that progress.

“That was the point it was before we went for the crusade in Cameroon. It was the second night in Cameroon that I got to know of the unfortunate incident of her passing.

Recall that the singer had died after spending some days admitted in a hospital. Her death sparked allegations of domestic violence from different quarters.

However, the husband of the deceased, Peter Nwachukwu, after being arrested and detained by the police stated that his wife was ill before her death.

The Minister of Women Affairs, Pauline Tallen, had vowed to get justice for the late popular gospel artiste.