I weep for Nigeria, SAN faults pardon of Nyame, Dariye 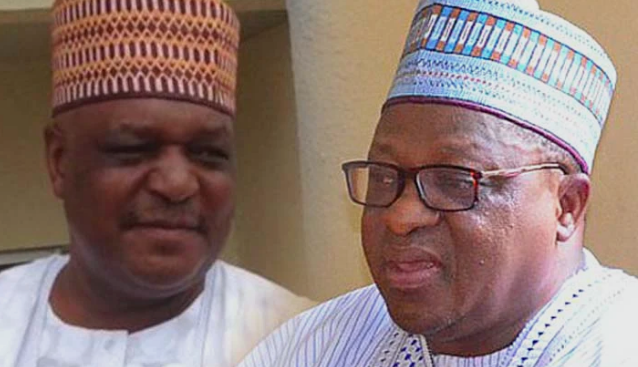 The lawyer noted that he wept after hearing that Dariye and Nyame were pardoned.

The National Council of State had on Thursday endorsed the pardon of Dariye, Nyame and 157 other convicts following the recommendation of the Presidential Advisory Committee on the Prerogative of Mercy.

The 12-member committee, inaugurated by President Muhammadu Buhari in 2018 is headed by the Minister of Justice and Attorney-General of the Federation, Abubakar Malami.

Dariye and Nyame were jailed for stealing N1.16bn and N1.6bn, respectively.

He wondered why President Muhammadu Buhari granted the pardon despite his lamentions that corruption is affecting Nigeria’s growth.

While speaking during an interview with Channels TV, he said, “we are all aware of the reasons they were arraigned and found guilty by the Supreme Court. They are politically exposed people in our society.

“One of the greatest things that has retarded the growth of Nigeria today is corruption. It is the best enterprise in Nigeria today. So, when I heard that Buhari agreed to pardon the ex-governors, I weep for this country. The reason is that the mantra for which this person came to power is that of corruption.

“The duty of the Nigerian government is to fight and eradicate corruption. Corruption has become so cancerous and all hands must be on deck to fight it. I am so upset by the decision because the ex-governor of Plateau State has his appeal dismissed in March 2021 by the Supreme Court.

“In this country, the executive had on a series of occasions say that one of the things affecting against corruption fight is the judiciary, so if the judiciary, therefore, enforces the provisions of the law and sends the ex-governors to prison, why does the executive sabotage its own law.”