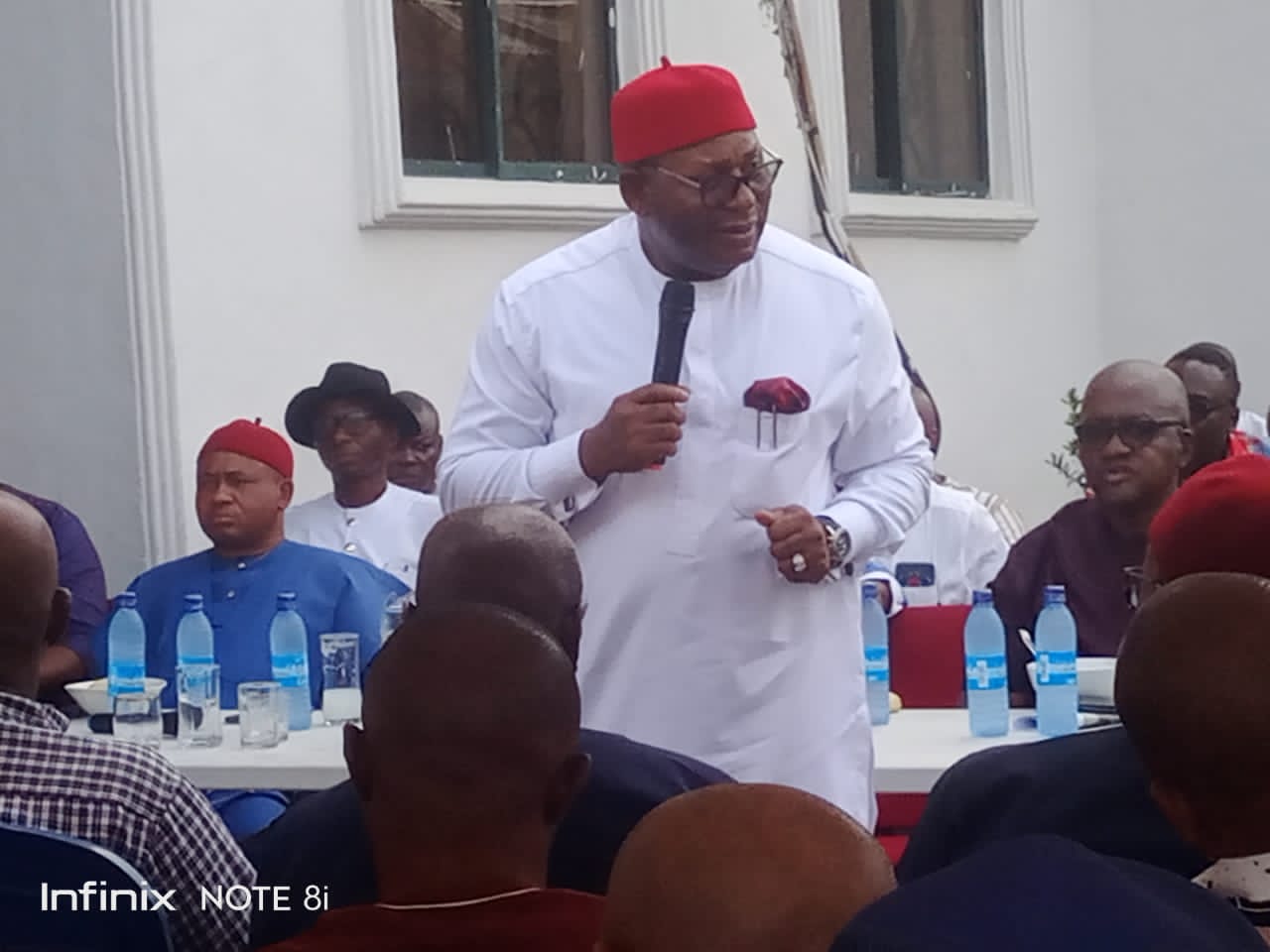 A golden fish has no hiding place, Chief Jerry Chukwueke is a golden fish

Since Chief Jerry Chukwueke (Ohamadike Ndi Owerri) started his political consultation across Owerri Zone, it has been the same good story every where you go. APC EVERY WHERE YOU GO.

In Aboh Mbaise, it is Jerry The Great Grassroot Mobilizer, Ohamadike Ndi Owerri, Son of the Soil, The Political Orographer of Owerri Zone.

When you get to Mbaitoli, it is Jerry the great mobilizer , Jerry the APGA Vice Presidential Candidate, Jerry the man of the people, Nwan Nwan Mbaitoli.

And when you come to Ahiazu Mbaise, the home of Paul & Paul, late PC Onuoha, there you get the loudest shouts of Jerry, Nwa Afo Awaka, Ohamadike Owerri, Jerry our man, our voice in Owerri Zone. The voice of man is the voice of God .

BUT THE UNINFORMED MAY ASK, WHY JERRY ?

And I say,
Because Jerry has the training and the education at home and in school (formal and informal.) The first 7 years of a man is very important in his upbringing. At home Jerry got disciplined, Jerry learnt humility, Jerry imbibed hardwork as the bedrock of success.

Because Jerry is the son of a foremost education officer and Pioneer Headmaster of St John’s College,Kaduna, Mr. T.N Chukwueke.
And according to President Obasanjo, “The Desipinarian” in his book “My Command.”

Because Jerry has the courage and eloquence to speak and be heard. Jerry the Great Mobilizer for Imo PDP 2015. Jerry went round Imo speaking and mobilising for PDP. Jerry was Chairman APGA National Reconciliation Committee 2019.

And because Jerry got The Political Contacts and Connections, Competence and Experience. This he showed in PDP and for that they call him “Jerry The Great Mobilizer.” In Owerri Zone we call him Our Consensus Candidate and in APGA they call him “Our VP”

Jerry is completely complete. A round peg in A round whole.
Jerry is the man for the job.
All we are saying, GIVE US JERRY OOOOOO.

I am convinced that the consequences of the legal action suffered by APC in Zamfara state and Bayelsa state were caused by mistakes made by our party APC.

While that of Zamfara arose from the primaries of the party, that of Bayelsa was based on irregularities in academic certificate of the deputy governor. A blunder that our party did not notice or failed to act upon. With that the courts nailed the faith of our party in Bayelsa.

All these are costly mistakes that must be guarded against and avoided by APC as we approach 2023.

It is important that our party ensures the conduct of quality primaries not minding the mode of primaries adopted by the party.

The party must strive to ensure the emergence of only qualified and credible candidates of proven integrity and academic qualification.

These aspirants must be un- ecumbarable. They must be candidates whose documents and certificates are in order and verifiable.

They must be candidates who have performed above average and not middle men and/or money bags who believe that elections are for the highest bidder.

Yes, it is the function of INEC and our partys screening committee to vet and screen aspirants but this time, party members are interested in knowing who our aspirants are,so as to avoid making mistakes of the past.

For this and other reasons, we plead with our party to adopt and implement “OPERATION MAKE PUBLIC YOUR CERTIFICATE”.

Since elections are won by political parties and not individuals, we members of the party should be given every opportunity to vet and acertain the authenticity of all documents submitted to the party and INEC by our aspirants.

With these knowledge, we will be in a better position to make informed choices so as to bring forth our best.

The weight of a political loss is often not only on the aspirants but also on the party and members of the party hence, the need for public knowledge of our aspirants.

Let me also draw form the qualities enumerated by our speaker emeritus Rt. Hon. Dikeocha, our would be aspirants must come open and present themselves to public scrutiny by members of the party.

Show us your certificate so that we can do our search on you before sending you to inec.

We are today on the digital world where it takes a touch of the button for confirmation of any valid information.

The party should lead the way and insist that all aspirants make public whatever certificate or document the intend to present to inec or our party for screening.

It is expected that intending aspirants should possess qualities above average, consequently and
with due respect to all concerned, it is important that aspirants seeking election into offices, most especially, into the national assembly to represent us must be people with a minimum requirement a verifiable 1st degree certificate, (but please no Torontogate) hence, the need for operation make public your certificate.

Suffice it to say that, whosoever will represent us in any arm of the national assembly must have a certificate above the minimum constitutional requirement of school certificate.

The necessity of this cader of education cannot be overemphasized.
Education we all know builds self- confidence which emboldens the mind and dismantles all forms of timidity. A timid fellow will never do well at legislative representation.

Education attracts respect and love. It endears a person to his audience which obviously grants him their attention.

These are essential qualities require for effective representation of a people in the national assembly and that is what we need and what we want to see in our aspirants.

Finally, we plead passionately to our party heirechy to prevail on all candidates to share their CV to the public as they share money, bags of rice and other goodies during campaign.

Thank you and God bless us all.
Long Live APC.