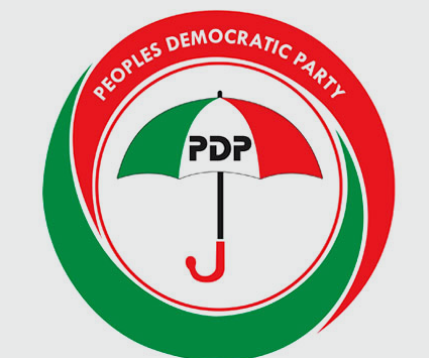 There are strong indications that the Peoples Democratic Party has settled for indirect primary to pick its 2023 presidential candidate on May 29.

It was also gathered that the opposition party was looking at ways of reducing its current 17 presidential aspirants by encouraging consensus talks among them so that some of them would step down.

Sources in the party, who spoke on Sunday, said the ongoing consensus talks among some aspirants were not aimed at presenting a single aspirant at the presidential primary of the party.

It was learnt the party had no plan to impose a candidate on members, but it was encouraging talks among intending presidential candidates so that some of them would voluntarily step down to reduce post-primary crises.

Others are former Vice President Atiku Abubakar; a  former  President of the Senate, Abubakar Bukola Saraki; former Secretary to the Government of the Federation, Anyim Pius Anyim and the Governor of Bauchi State, Bala Mohammed, as well as the only female aspirant in the race,  Tareila Diana.

But four of the aspirants —Tambuwal, Mohammed, Saraki and Hayatu-Deen— have been going round the country with the aim of ensuring that the party presents a consensus candidate.

There were reports on Sunday that the option being canvassed by the four aspirants had failed as they had not succeeded in convincing others to support the move.

But a member of the party’s National Working Committee, said, “The party is in support of the move by the four aspirants. It is not to force anybody to step down, but to reduce the number of the aspirants we currently have to three or four before May 29 and from all indications, we are going to adopt indirect primary. ”

Consensus  not about imposing candidate, but reducing aspirants to manageable number – Saraki’s spokesman

When contacted, Saraki’s media aide,  Yusuf Olaniyonu, in an interview with one of our correspondents, said, “He (Saraki) is a party man to the core. Any decision taken by the party on these two issues ( mode of primary and venue) will be okay by him.

“All we’re simply saying is that, reduce the number to a manageably low rate. Now 17 people have taken forms. The date of picking forms has not closed. More people will still pick. But you see, any serious party that wants to win an election cannot go to the primary with 17 aspirants. You cannot. It will be difficult for the party to handle. It will make the convention very complex. What we have started canvassing is to reduce the number to a manageable extent.

“Create a situation where the aspirants of their own volition can discuss among themselves, persuade each other, some step down for the other so that the number is tremendously reduced.

“So, that is the purpose of this. You can see, when the APC (All Progressives Congress) was an opposition party in 2015 and was serious about defeating the incumbent, it had so many people who were interested in the Presidency, but essentially, only five people got to the ballot at the Lagos convention.”

“That was what helped them to manage the process effectively. Now, we’re looking at 17 people who have picked forms. The number may go on to 20 because the sale of forms has not closed.

“So, what they’re simply saying is that, reduce the number. Look for four serious aspirants. Let the aspirants meet of their own volition without anybody compelling them to debate among themselves. And say, let’s start the process. Let’s show a good example. Let’s show people that even in Nigeria that you struggle; you need consensus building. In a country that has these kinds of problems, you need bridge-building. You need people to agree among themselves and put the interest of the nation and the interest of the party above personal ambition.

“So they said, let us show good examples. So three of them started; two governors and a former Senate president. Because of the good initiative that they started, one other person joined them; a former MD (managing director) of a leading bank. So, they are four now. They are saying that we are ready to produce only one among us and the three of us are ready to support one person. That’s in the first instance.

“They now said, once we have started, let us encourage others. And that’s how you see them taking their message of building consensus and meeting ground of unity and cooperation; extending it to others.  They’ve seen all the 11 governors.”

“Apart from that, they’ve also gone to see top stakeholders of the party. That’s driving the message. Now, they’re even saying that probably next week they want to have a meeting with other aspirants from other zones; to encourage them to also have the same arrangement of working together to reduce the number.

“Their own initiative is sparking a strong discussion in the South, where you see the South-East aspirants; Anyim, Peter Obi, Ohuabunwa and Anakwenze. So, you see, if they are successful, we may end up having three or four aspirants going to the primary. So that is the purpose of all they’re doing. Their own consensus is not about imposing one person or shutting down the ambition of another person.”

“Saraki who has always been their spokesperson has always said in their own group, all the four of them are qualified to be the President of this country in terms of experience, what they’re putting on the ground, knowledge, in terms of educational attainment and all of that. Each of them is qualified. But they believe that the interest of the nation, the survival of the party and the unity of the party, all these considerations are bigger than the individual ambitions of the aspirants.

“The consensus they are canvassing is not about imposing one person. It’s about reducing the number of aspirants to give manageable options and choices.”

Olaniyonu also said by fixing its presidential shadow election for  May 28 and 29, the PDP had automatically adopted an indirect primary.

He stated,  “Once the party has talked about the convention on May 28 and May 29, you will know that it has automatically ruled out a direct primary. It even said it would elect delegates to represent the 774 local governments. So, it would use indirect.”

A former Ekiti State Governor and PDP presidential aspirant, Ayodele Fayose’s media aide, Lere Olayinka, says that the party has the tradition of picking its presidential candidate through indirect primary.

Olayinka, who ruled out the possibility of adopting a consensus mode for the exercise, said that the venue of the party’s national convention would not have any effect on the conduct of the primary.

He said, “The PDP has the tradition of indirect primary for the emergence of the presidential candidate. The Electoral Act makes it clear that for consensus to happen, all aspirants must agree. They must write that they have agreed to a consensus, even if it is one person that refuses to agree, then, there must be an election.

“He (Fayose) has made it clear that he will not step down. It means that there will be primary. The PDP has never adopted direct primary to pick its presidential candidate, but indirect mode,” he said.

“The delegates that will be coming to vote are already known. If you like, take the national convention to the backyard of anybody, it will not change anything. The delegates are specified.

Take convention  to the moon, PDP candidate that will win presidency will emerge – Atiku’s associate

An associate of Atiku, who spoke on condition of anonymity, said the former Vice-President was ready for the primary anywhere.

He stated, “The people charged with the responsibility, the party stakeholders will meet. The factors that would be taken into consideration include the logistics and all other things necessary to deliver a successful convention.

“Wherever it is taken to doesn’t matter and is not a determinant. If you like, take it to the moon, the delegates will still vote for the person they believe is best equipped to want to win the election on behalf of the party and grapple with the challenges of fixing the mess of the last seven or eight years in 2023.”

The Rivers State PDP spokesman, Sydney Gbara, on his part, stated, “I think the leadership of the party will decide on which method to be used. But I know it is definitely not going to be direct primary because our party kicked vehemently against that when it came up.”

It was gathered that Tambuwal would prefer a consensus candidate ahead of the primary.

Speaking to one of our correspondents in Sokoto on Sunday, one of his aides who spoke on condition of anonymity, said the governor would prefer an amicable consensus arrangement where all the aspirants would speak with one voice.

He stated, “I am sure you are aware of his efforts and those of former Senate President, Bukola Saraki, on having a consensus candidate.

“Tambuwal is a very loyal party man and will do everything within his power to make the party come out stronger out of the next primary.”

NEC will soon meet on venue of primary, other issues – PDP spokesman

When contacted, the PDP spokesman, Debo Ologunagba, stated, “It is the NEC (National Executive Committee) that is going to decide on some of those things, including the mode of primary. The NEC will decide on the city where the primary will take place.

“The NEC will meet very soon to decide on them one way or the other. The report of the zonal committee will be taken to the NEC for consideration.” (The Punch)