Osinachi: Before The Next Eulogy, By Erelu Bisi Fayemi 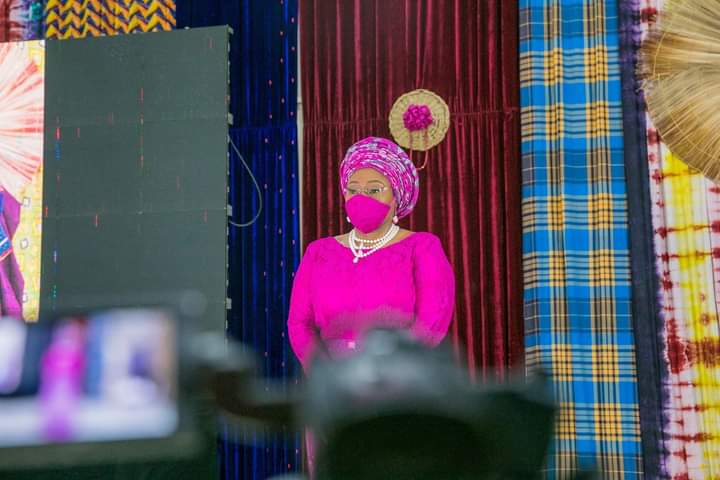 LOUD WHISPERS: Before The Next Eulogy

A few years ago, I wrote a Loud Whispers essay called ‘Before the Next Eulogy’. It was about breaking the culture of enablement around gender-based violence. The recent death of the talented gospel singer Osinachi Nwachukwu after years of domestic violence is so painful because of its predictability.

My maternal grandfather was known as a man of principle, not to be trifled with. As a successful farmer from Ilara-Mokin, near Akure in Ondo State, his opinion mattered in his community. My mother was his first-born, so she had the responsibility of caring for the rest of her siblings. Three of my Aunts were brought up by my parents, and they lived with us for many years, till it was time for them to start families of their own. The oldest of my Aunts, who I will call Auntie Titi had a beau she was in love with. Let me call him Mr Bayo. He was from Ilara-Mokin too, a graduate teacher. I met him once, he seemed quite nice. My Aunt started to make wedding plans.

One day my grandfather visited us in Lagos. He rarely came to Lagos unless it was very important for him to do so. After dinner, he had a meeting with my parents, my Aunt was present. The meeting got very heated, we could hear Grandpa talking very animatedly. Perhaps in a bid to calm him down, my mother came to my room and asked me to bring some water for them. As soon as I put the glass of water down next to him, he picked up the water, said something in his Ilara dialect, took a sip of water and spat it out on the floor. I did not think much of it because old folks do strange things, perhaps it was another way of pouring libation I thought. Later on, Auntie Titi gave us the fill gist. Grandpa was not pouring libation. He was placing a curse on the proposed union of Auntie Titi and Mr Bayo! What he said and sealed with the water he spat out was ‘Over my dead body will you marry into that family’.

It turned out that Grandpa’s younger sister, (Mama Pitan for this story) had married into Mr Bayo’s family approximately thirty years before then. Mama Pitan’s husband was what I call a classic JDA – Jobless, Drunk and Abusive. The poor woman worked her fingers to the bone trying to keep their family together, especially caring for the children – farming, trading, hawking, you name it, she did it. Her efforts were rewarded with severe beatings and abuse. All this took a toll on her health and eventually Mama Pitan left the marriage, thankfully, alive. I am sure we all know my Grandpa, while feeling bad for his sister, would have heaved a sigh of relief that his sister had left with her life. Grandpa swore back then, that they would never have anything to do with the family again. Thirty years later, the son of one of Baba Pitan’s cousins shows up asking for Grandpa’s daughter’s hand in marriage! From the same family that condoned the abuse, suffering and humiliation of his sister. Now we could understand the old man’s rage and indignation. My parents pleaded on behalf of my Aunt, Grandpa’s response was ‘From the way my sister was treated, I know madness runs in the family. Never again’. There was no fairy tale ending. My Aunt married someone else.

Grandpa came from a generation that frowned on divorce, so his sister ending up a divorcee would not have been seen as ideal. He however made it known that he would no longer tolerate the abuse of his sister, and when she was ready, she made a decision and he stood by her. Thirty years after, Grandpa was still standing in solidarity with his sister.

Victims of domestic violence hide their suffering for as long as they are able to, till it is no longer possible to ignore. How many times can you fall down the stairs at home? How many days in a year can you take sick off work? When they do talk, they raise the issues with close family, friends or religious leaders. I have not met any woman who decided to leave her husband because he slapped her once. The abuse is almost always persistent and cumulative, involving all the manifestations of violence we are familiar with. When should a woman draw the line? When should she decide enough is enough? The sad answer to this question is we don’t know until it is too late. Many women, like Osinachi, are dead now because they were too scared to draw the line and there were more people enabling them to suffer in silence than supporting them to leave to save their lives.

Every woman who dies at the hands of an abusive partner leaves devastated family, friends and colleagues behind. They will keep playing each conversation or episode they had with the dearly departed over and over in their heads. They will recall the number of times she tried to leave and they persuaded her to stay. They will remember the number of times she wanted to stay and how many times they encouraged her to leave. Each memory brings with it waves of guilt and regret.

No one can force a woman who is not ready to leave an abusive relationship, this is the first lesson you learn when you start working with survivors of domestic violence. You can however let her know that she has choices that could turn out to be empowering and not debilitating. A marriage ceases to exist the moment one person becomes a master and the other a slave. If the accounts of the children of Osinachi are to be believed (and I don’t see why they should lie) their mother was no more than a slave in her own home.

This is a call out to all the mothers, fathers, siblings, friends, religious leaders and elders who are the ones left to mourn the victims. We are tired of all the eulogies for women cut down in their prime. Let us all adopt a zero tolerance attitude to domestic violence. Please stop encouraging women (and the few men who are victims) to stay in abusive relationships. Please stop putting pressure on young people to marry. Please do not turn yourself into an apostle preaching religious texts out of context. There is enough blood on so many hands. If a family member or friend is in danger, make a note of your communications. You might be in a position to ensure she gets justice should the worst happen.

There is nothing more tragic than a parent burying a child. Or young children left without a mother. Can you imagine thinking you could have done something to prevent it? Let us act now to stop the unthinkable from happening over and over. Now those who knew Osinachi and those who did not are writing eulogies for her. Including those who did not want her to bring ‘shame’ to her ministry. We need to be more interested in saving lives than writing eulogies.