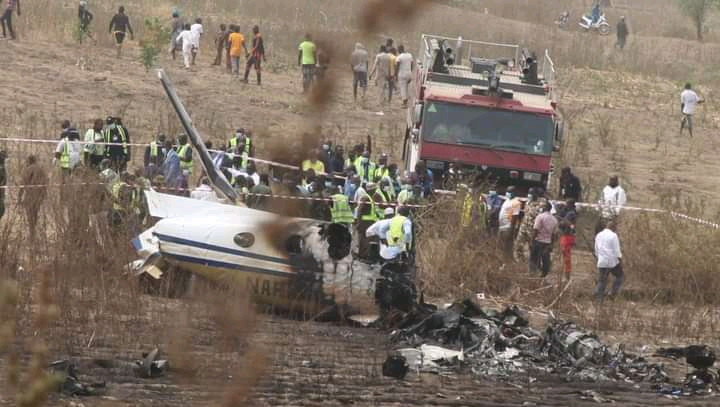 A military aircraft belonging to the Nigerian Airforce, NAF, has crashed in Kaduna state with many officers on board reportedly killed.

Recall that last year a military aircraft conveying the former Chief of Army Staff, Ibrahim Attahiru, and 10 others crashed, killing all the officers onboard including the Army Chief.

According to a source, it was a Super Mushak, which is trainer aircraft that crashed inside the Nigerian Airforce facility in Kaduna, while on a training mission.

Eleven months ago, Ibrahim Attahiru, Chief of Army Staff, and 10 other military officers died in a NAF’s Beechcraft 350, which crashed around the Kaduna International Airport in Kaduna.

In fact, between August 29, 2015, and 2021, Nigeria had suffered 11 military plane crashes with no fewer than 33 military officers perishing.

In 2021 alone, the Air Force has lost at least three jets. They were the Beechcraft KingAir350i which went down with all seven officers on board in Abuja on March 21, 2021; the Alpha Jet which crashed while supporting troops in the North-East on April 3, 2021, and now the biggest of them all – the crash of a military jet conveying Nigeria’s 25th Chief of Army Staff, Lt-Gen. Ibrahim Attahiru and 10 other officers were on board at the Kaduna Airport.