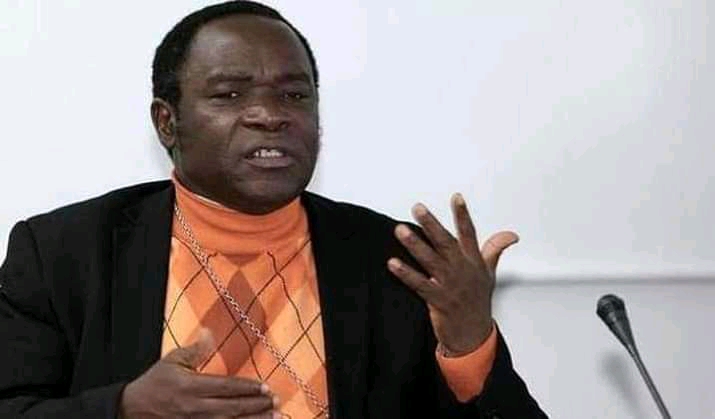 The Presidency has berated the Catholic Bishop of Sokoto Diocese, Most Rev Matthew Kukah, over his criticisms of the government, urging him to face his job or join politics.

Presidential aide, Garba Shehu, said this in a statement on Monday evening, hours after the cleric accused the Muhammadu Buhari government, in his Easter message, of dividing Nigerians.

“We respectfully ask Bishop Kukah to leave government to the voters and the politicians they elect, while he concentrates on his job, as it is expressed in James 1:27: ‘Religion that is pure and undefiled before God, the Father, is this: to visit orphans and widows in their affliction, and to keep oneself unstained from the world.’

“Or else, he should put away his clerical garb, join partisan politics and see how far he can go,”  he said.

He also accused the cleric of making baseless accusations against the Federal Government. According to the presidential aide, Bishop Kukah chose to use the Easter period, which serves as a period of reflection for Christians, to “make dissensions and quarrels about the law. His accusatory list against the government revealed only his hatred for them”.

“Still, when he accused them of division, he gave no examples: merely assertions emanating from his own mouth. His allegation of ethnic and regional divide was innuendo without proof, and he gave none.

“His list of things he claims as broken – from churches to mosques to schools and motorways – belie all those that have been built, and others built anew during this government’s time in office,” the statement added.

The preacher’s criticisms of the government, if for any reason, he said, should be done in the “spirit of gentleness,” the presidential aide said.

He noted that “if Bishops or religious leaders believe they have a willing audience for tales of government error or fragility, they do an injustice to their flock by filling their ears with talk of division and hateful thoughts

“Nigeria knows too well Bishop Kukah’s views of the government. He has made quite clear how much he dislikes them from the day they were elected.”