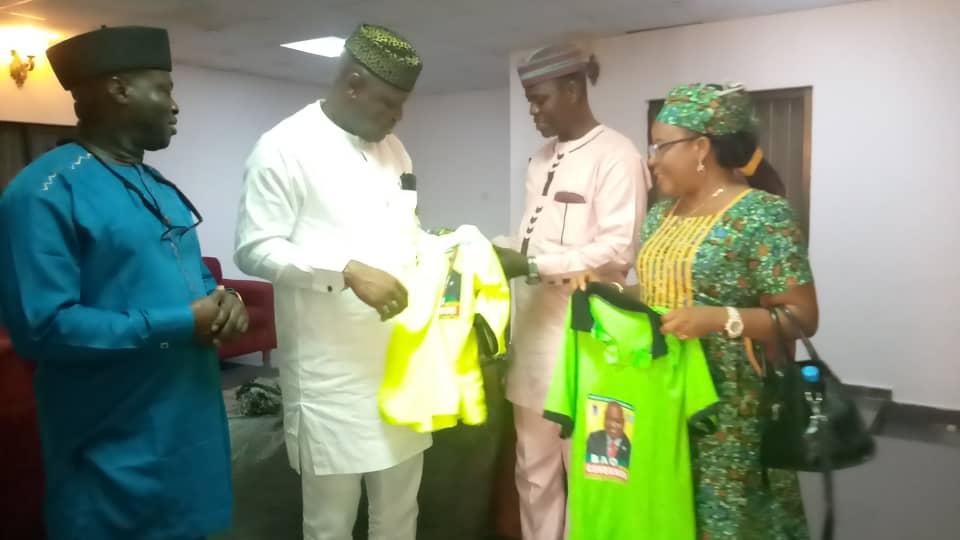 The governorship campaign of the All Progressives Congress (APC) candidate in the June election, Mr Biodun Abayomi Oyebanji, received a boost on Tuesday with a donation of campaign materials by his former classmates at CAC Grammar School Efon Alaaye Ekiti.

The donation was made by the 1983 set of the school, who said they were moved by the need to support a former classmate whom they are convinced had the right pedigree, education, exposure and experience to lead Ekiti State.

Rev Omoniyi said the gesture was their way of showing support for Oyebanji, whom he said had displayed leadership traits right from the time they knew him in the secondary school.

Aside the material donation, Rev Omoniyi said the members of the 1983 set would also mobilise support for Oyebanji and participate in the electioneering campaign.

“We will not stop at the donation, we also intend to mobilise support for him as well as pray along with him so that God will crown his effort.

“We know Oyebanji as a brilliant, hardworking and God-fearing man and are convinced that his experience and exposure in public service and in the corporate world would come to bear on his administration.

Responding, Oyebanji who personally received the materials, thanked his former school mates for the show of love and comradeship. He said no effort should be spared in ensuring that the current pace of physical, infrastructure and socio-economic development in the State is sustained through the election of a tested and trusted candidate in the June 18 election.

“We shall be campaigning with the achievements of the Dr Kayode Fayemi administration. And we challenge other parties to also come up with the score cards of the administrations under which they served.”