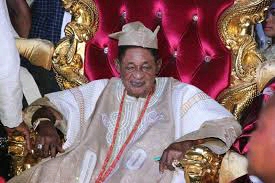 Makinde made this confirmation on Saturday.

ANLNews had earlier reported that the monarch has joined his ancestors.

The monarch ruled Oyo as Alaafin for 52 years.

Makinde, who is the chief announcer and the Governor of the State, said he had been informed about the death of the traditional ruler.

The Governor in a statement signed by his Chief Press Secretary, Taiwo Adisa confirmed the demise of the monarch.

He declared that the death of the traditional ruler is a huge loss to the State, Nigeria and the Yoruba race.

Makinde in the statement made available to newsmen on Saturday, described Adeyemi’s death as a personal loss to him.

He said, “I have been informed about the death of our father, His Imperial Majesty, Iku Baba Yeye, Oba Lamidi Olayiwola Adeyemi III.

“I express heartfelt condolences to the Oyo State Council of Obas and Chiefs, which Oba Adeyemi chaired for decades, the Oyomesi and the entire people of Oyo Kingdom.

“I equally commiserate with the Oloris, children and entire Adeyemi family on the demise of their patriarch and worthy father.

“Kabiyesi’s departure is a huge loss not only to Oyo State, to which he committed 52 years of his life as the Alaafin of Oyo Kingdom, but also to Nigeria and the entire Yoruba race.

“Oba Adeyemi was our last man standing in the rank of most eminent royal fathers with long years of leadership”.