Alaafin of Oyo: 6 Things To Know About Oba Lamidi Adeyemi 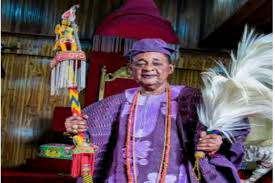 The Alaafin of Oyo, Oba Lamidi Adeyemi, is dead at 83 years of age.

Oba Adeyemi ruled for 52 years before his demise, making him the longest-reigning Alaafin.

Here are the six things you should know about the late Alaafin.

Alaafin Adeyemi was born Lamidi Olayiwola Atanda Adeyemi on October 15, 1938 into the Alowolodu Royal House of the famous Oyo town.

In his younger age, the Alaafin was a lover of boxing. The monarch was a boxer but had to retire early due to his coronation.

He became the Alaafin of Oyo in November 18, 1970, succeeding Oba Gbadegesin Ladigbolu I, during the governorship of Colonel Robert Adeyinka Adebayo, after the civil war. He was known popularly as Iku Baba Yeye.

During his reign, Oba Adeyemi permanently chaired the Oyo State Council of Obas and Chiefs.

In 1975, the head of state General Murtala Muhammed included Oba Adeyemi in his entourage to the hajj.

In 1980, he was appointed as the chancellor of Uthman dan Fodiyo University in Sokoto. He held the position till 1992.

In 1990, President Ibrahim Babangida appointed him Amir-ul-Hajj in recognition of his commitment to the consolidation of Islam in Nigeria.

Alaafin was married to Ayaba Abibat Adeyemi, his senior wife. However, he had about twelve junior wives, whom he attended events with.