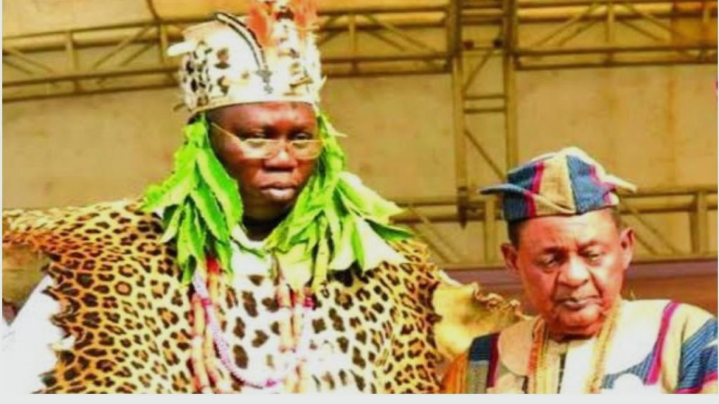 Iba Gani Adams, the Aare Onakakanfo of Yorubaland, has made clarifications about the burial of the late Alaafin of Oyo, Oba Lamidi Adeyemi.

A statement by spokesman Kehinde Aderemi noted that the transition and burial rites of the monarch were “purely traditional and not religious”.

Adams said prior to the announcement of death, the Isoro and the Oyomesi first observed “the core traditional rites”.

The rituals, according to him, were carried out “through the (Friday) night and ended till 11am on Saturday”.

This was before Bashorun and the family of the Alaafin notified Oyo Governor, Seyi Makinde, who later made the demise public.

Adams advised those attaching religious meaning to the burial to desist and explained that the final process of the rites was done Saturday night.

The Yoruba leader said the deceased’s respect for all the religions, either Christianity, Islam or Traditional, should not be misconstrued.

“The Muslim community led by the Chief Imam of Oyo, Sheikh Masud Adabayo Ajokideru did the prayer on the remains for seven minutes.

“They handed over the remains to the Isoro for further observation of final traditional rites that led to the final burial at Ibara. This is the truth.

“Alaafin is not an ordinary king. The Oyomesi, the Isoro and the Sango devotees cannot but complete the final traditional rites.”

Adams said that the impression that Oba Adeyemi was buried according to Muslim rites “is untrue and at variance with the tradition of Oyo and Yoruba institution”.