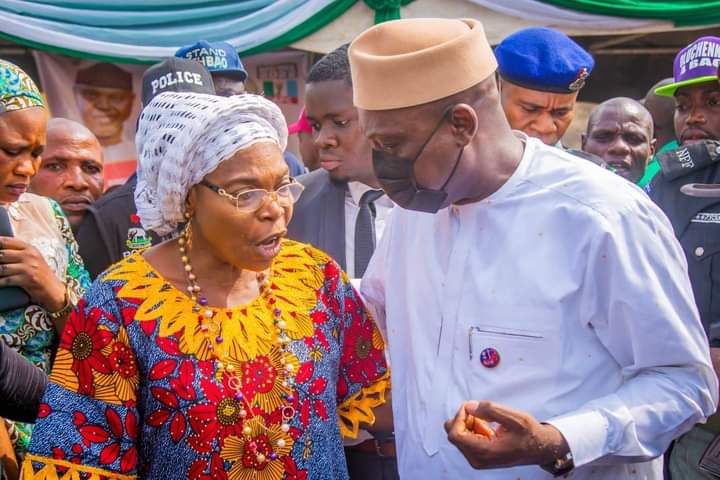 The Director General of the BAO Campaign Organisation, Mr Cyril Fasuyi,  has urged members of the All Progressives Congress (APC)  in Ekiti West Local Government of Ekiti State to prepare for the  June 18, 2022 governorship election to give the party a resounding victory.

He spoke on Saturday in Aramoko-Ekiti headquarters of Ekiti West Local Government in continuation of local governments tours ahead of the formal flag off of the governorship campaign to be held soon.

Fasuyi, who warned against violence during campaigns, said the party is in good stead to win the election considering its strength with over 22 state governors in its kitty across the nation, warning, however, that members need not be complacent in preparations ahead of the poll.
He said that PDP and SDP were already locked in personality clashes among the leadership cadres of both parties, noting in particular that PDP was already a depleted party in Ekiti State while SDP was also locked in leaderdhip crisis at the national level that had claimed the position of its National Chairman, Dr Olu Agunloye, while the party had also stopped campaigns over lack of funds.

“SDP has not held its convention and other necessary activities precedent to the selection of candidates. This is as a result of leadership crisis that has claimed the position of the National Chairman of the party while  lack of funds has also shut down the activities of  the party across the nation, but we must not relax because of that as we prepare for the June 18 election,” Fasuyi explained, urging members to keep their voter cards to vote massively for APC.

The DG also urged party leaders to be transparent in the management of resources that would be made available for a successful conduct of the election.

Awe, who said he appreciated the impressive presence of party leaders in the meeting, praised Fasuyi for the energy and enthusiasm he had shown in the discharge of his duty and urged him to continue in that spirit.

He admonished contestants for various elective positions to ensure peace and decorum in pursuing their ambitions. He said Ekiti West had resolved issues among political players, assuring that elections would be conducted in the local government without problems.

A prominent member, Alhaja Motunrayo Adesina, who spoke on behalf of women, said women were the greatest promoters of BAO, assuring that they would vote massively to ensure APC’s victory. She demanded adequate compensation for women after victory.

Fasuyi, who announced Tuesday April 26 for the unveiling of the party’s manifesto, assured women of getting their due while the Directorate of Youth Mobilisation would profile the needs of the youth for necessary action.
Arogundade spoke on the manifesto unveiling programme, assuring that the party had made a hitch-free arrangement for the exercise.