‘How Alaafin of Oyo died’ 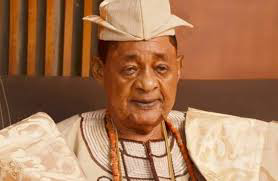 It was gathered that the monarch, who was 83-years-old, had been ill before his demise.

Alaafin joined his ancestors on Friday night, according to sources at the hospital, five days after he was admitted for the treatment of a “chronic illness”.

The news of the top Yoruba king’s demise reverberated across the country.

The remains of the top Yoruba traditional ruler were taken to Oyo town in the early hours of yesterday for burial rites.

His first son, Prince Tunde Adeyemi, and his siblings were said to have received the remains of the late monarch in Oyo town.

Narrating how the foremost Yoruba monarch died as a result of chronic illness, a source close to AMSH said Adeyemi arrived at the hospital Sunday, April 17, but didn’t recover from the illness he was suffering from despite the efforts of the highly skilled specialists at the high profile hospital who had worked round the clock to save him. Another source close to the hospital simply described the late Alaafin’s illness as a medical case.

As of last night, there was no official reaction from the AMSH Management.

The late octogenarian monarch was a close friend of Aare Afe Babalola, the founder and Chancellor of Afe Babalola University and it was gathered that he was always at the hospital for routine medical check up.