Imo: Govt to conduct mass burial for over 100 victims of illegal refinery explosion 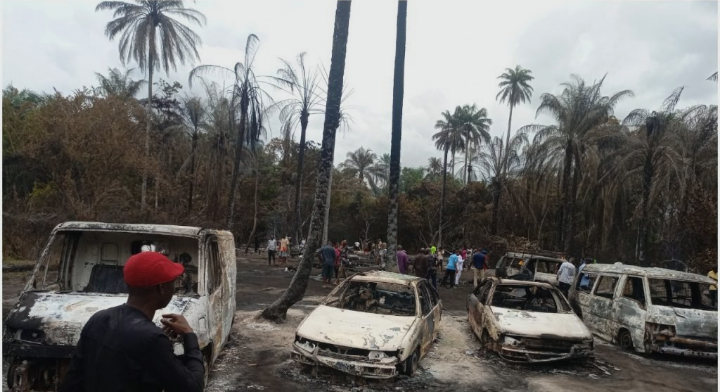 The Imo State Government will conduct a mass burial for the victims of the Friday night explosion at an illegal refinery located in a forest in Abaezi community in the Ohaji Egbema Local Government Area of the state.

The Head of Operations of the National Emergency Management Agency in the state, Ifeanyi Nnaji, said that the mass burial would be carried out by the state ministries of Petroleum Resources and Environment.

He said that the charred remains of the over 100 victims had been gathered and were awaiting a mass burial by the state government.

According to the NEMA official, none of the victims had been recognised as they were burnt beyond recognition

Nnaji said, “The state Ministry of Petroleum Resources and Environment will carry out a mass burial for the victims because their remains are already decomposing.

“It is a large market involving people from all parts of the country; and since they burnt beyond recognition, it is very difficult to identify them. A family just came and saw one body, which they said resembled one of their own and they carried it for burial according to traditional rites.”