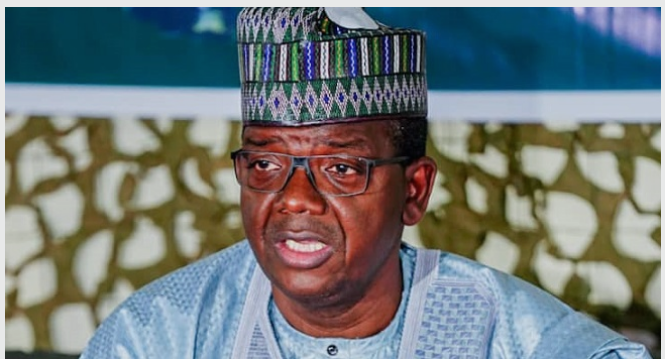 The Zamfara State government has dethroned two emirs and a district head over allegations of aiding the activities of bandits terrorising communities in the state.

Those affected by the government’s decision include the Emir of Zurmi, Abubakar Atiku, Emir of Dansadau, Hussaini Umar, as well as Sulaiman Ibrahim who used to be the District Head of Birnin Tsaba.

Mr Ibrahim Dosara, who is the Commissioner for Information in Zamfara, made the announcement on Wednesday while briefing reporters at the end of the State Executive Council meeting in Gusau, the state capital.

“The council has approved the deposition of Emir of Zurmi, Alhaji Atiku Abubakar, and that of Dansadau, Alhaji Hussaini Umar,” he declared.

“The council also approved the immediate removal of the District Head of Birnin-Tsaba, Alhaji Sulaiman Ibrahim.”

According to the commissioner, the government has also ordered that all land titles issued by the affected traditional leaders be revoked.

“The State Executive Council has also directed the state Ministry of Justice to issue an executive order to back up the council resolution,” he added.

The deposition of the traditional leaders comes 10 months after they were suspended by the state government.

It also comes days after the submission of the reports of the committees set up by the state government to investigate the allegations against the affected traditional rulers.

“The council upheld the recommendation of a six-man white paper committee set up by the government to review the report of two separate committees earlier set up to investigate the involvement of the three traditional rulers in the activities of banditry in the state,” said a statement by Governor Bello Matawalle’s media aide, Zailani Bappa.

“The three impeached royal fathers were earlier suspended by the state government following wide allegations of serious involvement in the act of banditry in the state.

“The findings of the committees also revealed abuse of the Land Act in their domain and the government ordered the reversal to status quo involving the lands illegally allocated.”