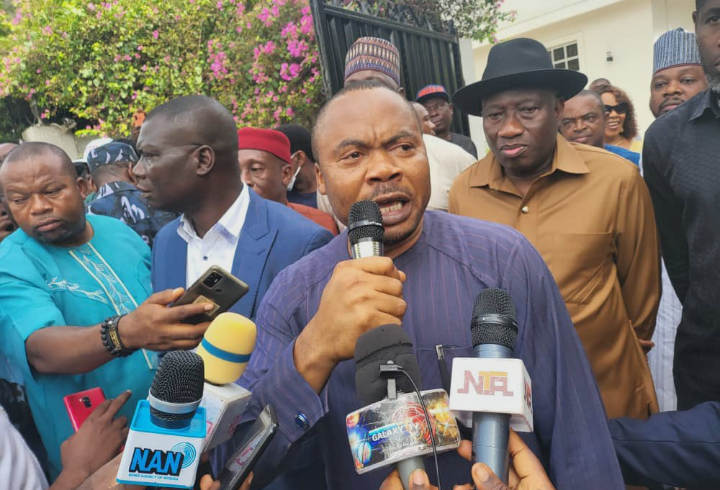 In a statement, Falana said Jonathan cannot contest the 2023 presidential election by virtue of Section 137 (3) of the Constitution of the Federal Republic of Nigeria, 1999 (as amended).

“It has been confirmed that former President Goodluck Jonathan has decided to join the All Progressives Congress, APC, to contest the 2023 presidential election,” the statement partly read.

“However, the former President is disqualified from contesting the said election by 137 (3) of the Constitution of the Federal Republic of Nigeria, 1999 as amended which provides as follows: ‘A person who was sworn in to complete the term for which another person was elected as President shall not be elected to such office for more than a single term.

“Some people have said that the amendment is not retrospective and therefore cannot apply to Dr. Jonathan. Assuming without conceding that the amendment is not retrospective, it is submitted that under the current Constitution a President or Governor cannot spend more than 2 terms of 8 years. In other words, the Constitution will not allow anyone to be in office for more than a cumulative period of 8 years.

“The reason is that if he wins the election, he will spend an additional term of 4 years. It means that he would spend a cumulative period of 9 years as President of Nigeria in utter breach of Section 137 of the Constitution which provides for a maximum two terms of 8 years.”

His comments followed speculations that the former president may defect from the Peoples Democratic Party (PDP) to the ruling All Progressives Congress (APC).

Jonathan was elected President of Nigeria in the 2011 election but lost to Muhammadu Buhari in 2015.