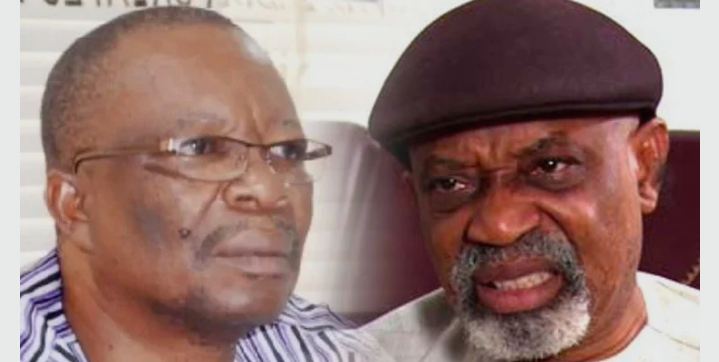 Professor Emmanuel Osodeke, the President of the Academic Staff Union of Universities, has said Federal Government has used the no-work-no-pay policy as a ploy to make lecturers go hungry, and force them to resume work.

Osodeke stressed that the FG would not be able to overwhelm its striking members with its recent action.

In an interview with newsmen on Thursday, he noted that the non-payment of their salaries by the FG would not deter the lecturers from their ongoing strike.

“When the doctors went on strike the government did the same thing that they are doing. When the strike was over, they left in anger. When Saudi Arabia was recruiting, all of them went there in anger, so who is suffering?

“When we finish (the strike), many of the good academics will leave also. So you think you are punishing the lecturer, you are punishing this system and Nigerians are watching. Instead of resolving the issues within two days, you (the government) are holding their salary; you want to use hunger to push them back. So if you succeed in pushing them back, what type of education will they impact on the children?” he said.

The ASUU president also claimed that government seemed stuck with the IPPIS because it had failed to prove its efficiency and renegotiate the terms of the programme despite the “damning” reports of the Accountant General of the Federation. Osodeke claimed that the government “ran” away from the UTAS presented by ASUU as an alternative to IPPIS.

“I think the question we ought to ask, they should tell Nigerians whether they have tested IPPIS. IPPIS has been here since 2006, has it ever been tested? Does the contract for IPPIS give room for renegotiation? Have they renegotiated it, have they tested it? These are the kinds of questions Nigerians should ask them.

The President of ASUU also stressed that the union was not interested in soliciting groups to appeal to the government on the need to revert to the negotiation table.

Similarly, the chairman of ASUU, UNIPORT branch, Dr Uzoma Chima, has lamented that the government handled the education system with levity and irresponsibility, by allowing the strike to linger for 76 days. He stressed that the union would continue to pursue matters of university standards irrespective of the no-work-no-pay policy.

Chima said, “For me, I think it is irresponsibility, as you can see we embarked on this strike on February 14 and we are entering the third month now, instead of them coming to resolve the issues, so that the children can go back to school, they resorted to stopping our salaries.”

Asked about the compliance level of the strike, he said that there was “full compliance across the country.”