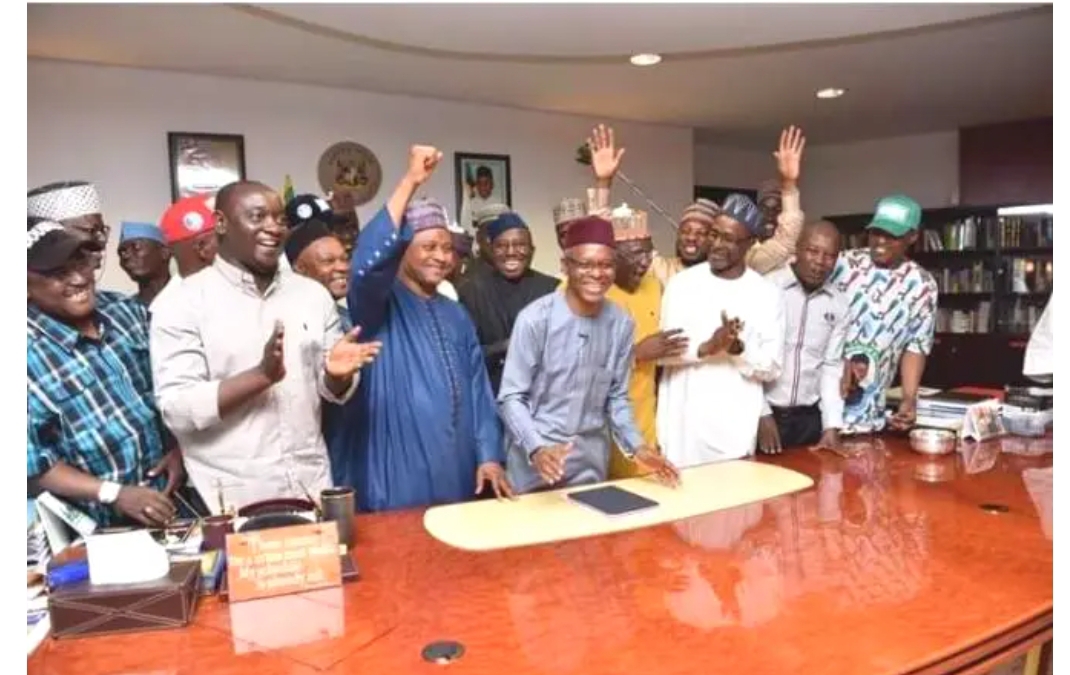 Governor Nasir Ahmad El-Rufai has anointed Senator Uba Sani ahead of 2023 governorship election in Kaduna State and directed other aspirants on the platform of All Progressives Congress to support him.

A former Commissioner in Kaduna State who had aspired to contest ,Muhammad Sani Abdullahi Dattijo, has expressed that his earlier ambition was to succeed Governor  El-Rufa’i in 2023 but they were directed to step down for Senator Uba Sani.

Kaduna was in a celebratory mood by friends and political associates of Senator Uba Sani on Thursday, as news filtered that the Senator representing Kaduna Central, was given the nod by Governor El-Rufai.

According to reports, El-Rufai had at a meeting on Wednesday, compelled his former Chief of Staff and two-times former Commissioner of Budget and Planning, Muhammed Sani Abdullahi, popularly known as Dattijo, to shelve his ambition for the governorship and pick the form for Kaduna Central Senatorial District.

In a statement, Dattijo explained that at a meeting on Wednesday morning, the Governor directed that they rally round Senator Uba Sani for the Governorship seat.

He however lamented that the Governor had asked “that I pick up the form for the Senatorial seat for Kaduna Central.

While this outcome is not what we have planned or hoped for, we have accepted it as Allah SWT’s will provide to whom he wishes, when he wishes.”

“Therefore we have entrusted our future to Him and prayed the State and the Nation will have the best of leaders in 2023.