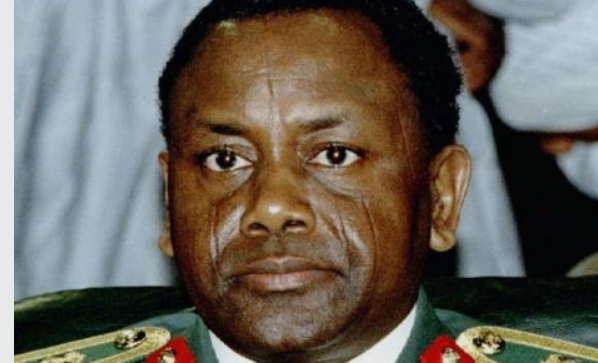 The National Crime Agency (NCA) of the United Kingdom has announced the recovery of about $23.5 million in looted funds from the allies and family of a former Nigerian dictator, the late Sani Abacha.

The funds were retrieved as part of a wider pool of funds identified by the United States Department of Justice (USDOJ) as having been stolen out of Nigeria in the 1990s by Mr Abacha and his accomplices, according to a statement posted on the U.K.’s crime agency website on Thursday.

According to the NCA, the looted funds were recovered after the USDOJ requested enforcement of the U.S. forfeiture order relating to the seized monies after nearly seven years of litigation and international negotiations to secure the recovery order.

It said the funds have now been transferred to the Home Office of the UK for onward transmission to the USDOJ.

Billy Beattie, Asset Denial Senior Manager at the NCA, said the civil recovery of assets is a powerful weapon in the fight against corruption.

The official also added that the NCA is committed to ensuring that the UK is not a haven for criminals to launder their proceeds of crime.

“The NCA is committed to ensuring that the UK is not a haven for criminals to launder their proceeds of crime, and the civil recovery of assets is a powerful weapon in this fight.

“We work closely with the UK and international partners to tackle the threat posed by corruption, which disproportionately impacts the poorest and most vulnerable members of society.

“We are committed to ensuring that those who perpetrate corruption do not benefit from their actions.”

Nigeria had also in the past recovered several other tranches of Abacha loot, including the latest, US$308 million laundered by Kebbi State governor, Abubakar Bagudu, from Jersey.

In 2006, about $723 million in Abacha loot was returned to Nigeria from Switzerland but the use of the recovery was largely unaccounted for, Transparency International said.

Recall that the signing of a memorandum of understanding (MOU) between the government of Ireland and the Nigerian government for the return of €5.5 million stolen by Mr Abacha was signed in August last year.

Mr Abacha was a notorious kleptocrat who was named by Transparency International alongside Indonesia’s Suharto and Mobutu Seko of Zaire (now DR Congo) as the world’s worst state official thieves.

Mr Abacha is thought to have stolen between three and five billion dollars, the majority of which came from Nigeria’s oil resources.

However, the NCA stated that the latest case of Mr Abacha’s loot recovery is still underway, with the USDOJ identifying further funds looted by Mr Abacha and his cronies.

Also, it is unclear if and how the latest recovery will be transferred to the federal government of Nigeria.

The Nigerian government has yet to react to it.