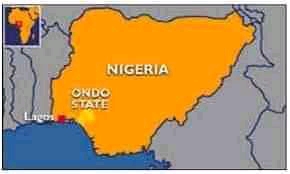 The timely intervention of community leaders of the Kajola community in the Odigbo council area of Ondo State, the police station and officers there would have been set ablaze by irate youths protesting the killing of a community chief (baale) and two others at a police checkpoint.

The mob alleged that the police officers in the community were in the habit of extorting and harassing residents along the Ijebu Ode/Ore expressway.

The youths, who, in their hundreds, stormed the police station, alleged that the officers at the checkpoint were responsible for the death of the three victims due to their extortion of money from motorcyclists.

They blocked the police station with the corpses, chanting protest songs to register their grievances and insisted that they did not want to see policemen in the community anymore.

The youths claimed that the police officers had turned the checkpoint into a money-making point.

Deaths caused by the police – Eyewitness

The victims, who were reportedly killed while riding on a motorcycle and heading home from their farms, are the chief of Korede village, Kola Akinduro, David Olowofeyekun and Gbenga Abayomi.

An eyewitness, Funmi Olowogboye, told Sunday Vanguard that the policemen flagged down the bike conveying the deceased persons at the checkpoint and, while trying to halt, the driver of an oncoming van, trying to dodge the policemen, rammed into the motorcycle, killing the three persons on the spot”, Olowogboye said.

“The van driver crushed the three victims on the motorcycle as they tried to park at the instruction of the police officers who wanted to collect money from them, and they died on the spot. “The policemen fled the scene leaving the crushed bodies on the expressway.

A community leader, Chief Oloruntobi Maiyegun, said he had to mobilize the personnel of Amotekun and other security agencies to the scene to forestall the breakdown of law and order.

Maiyegun added that he had to appeal to the community youths not to burn down the police station.

Narrating the incident, the Chairman of Odigbo Council, Mrs Margaret Akinsuroju, said, “Immediately I heard about the incident, I started mobilizing the police so that there would not be a breakdown of peace.

“I heard information that community youths were mobilising and planning to burn the police station.

“They deposited the three corpses at the police station. We pleaded with them that an accident had happened and it had happened.”

Akinsuroju, however, noted that there were two versions of the incident as the police narrated that the victims were killed by a hit-and-run driver

According to her, the police on duty could not arrest the reckless driver and got back to the scene only to see the mob blaming the deaths on them and wanting to lynch them.

“Another version alleged that the police mounted a checkpoint and it led directly to the deaths. Tension was so high.”

She added, “Along the line, I heard they were holding the police to ransom again, that they shouldn’t move an inch.

“I had to call the leader of the community who said he was in Delta State.

“The advice I will give to our people now is that if this kind of thing happens, and a life is lost, we should not allow it to double.

“What if the police react? The police will not wait for them to attack them now. The police will want to defend themselves. I advised them to listen to the policemen and take heart. The Commissioner of Police really tried and was able to manage the situation.”

The council boss disclosed that the angry youths and bereaved families had given peace a chance, while the corpses were later removed and buried by their relatives.

Acting on a security report, Governor Rotimi Akeredolu reportedly deployed Amotekun to the troubled community to pacify the angry youths.

The arrival of the Amotekun reportedly calmed fray nerves. The youths later removed the corpses used to block the police station.

Also, the state Police Commissioner, Oyeyemi Oyediran, visited the community and appealed to the angry youths.

Meanwhile, Ondo State Police Command absolved its officers of complicity in the death of the three victims.

The spokesperson, Funmi Odunlami, explained that “it was an oncoming vehicle that they collided with and died”.

Odunlami narrated, “On Saturday, 23rd of April 2022, at about 11:00 pm, there was a fatal motor/motorcycle accident at Kajola area along Ijebu Ode/Ore Expressway between a motorcyclist carrying two pillions and a hit-and-run vehicle.

“The motorcyclist took one-way and had a head-on collision with a hit-and-run vehicle which led to the death of the three men on the motorcycle.

“It was, however, surprising that the youths of the community mobilized and carried the bodies of the deceased to the station accusing the police of complicity in the accident.

“The Commissioner of Police, Oyeyemi Adesoye Oyediran, has visited the scene and also condoled with the family and people of the community while he has ordered that a thorough investigation be carried out to find out if there is any complicity on the part of the police in the accident”.