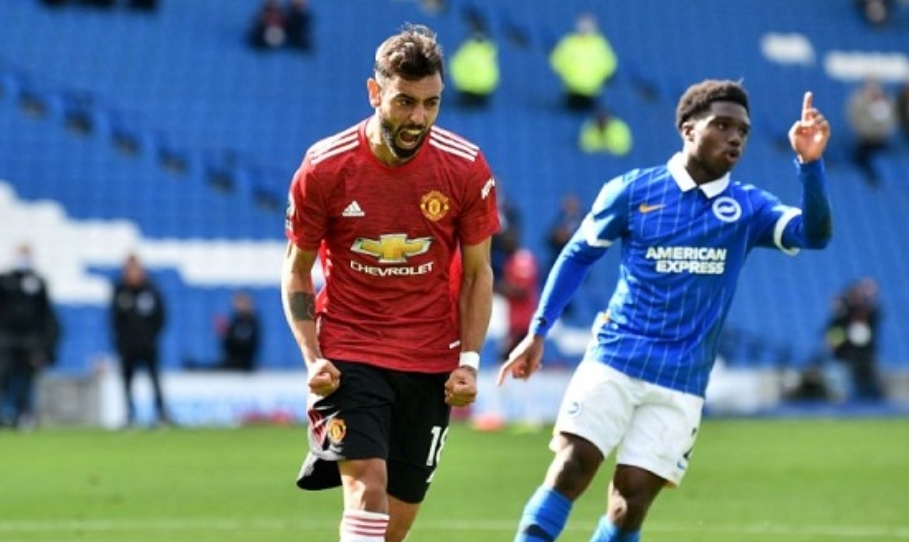 Manchester United suffered a humiliating defeat at the hands of a rampant Brighton at the Amex Stadium – a result that confirmed United would not qualify for next season’s Champions League.

Ecuador international Moises Caicedo put the hosts ahead with his first Premier League goal in only his sixth game, with a low 25-yard strike after United’s Alex Telles had failed to clear.

The visitors, in interim boss Ralf Rangnick’s penultimate game in charge before he is replaced by Erik ten Hag, fell apart in the second half, conceding three goals in quick succession.

Marc Cucurella fired into the roof of the net from Leandro Trossard’s pull-back for the second, with Trossard setting up Pascal Gross to calmly steer in a third.

Trossard scored Brighton’s fourth when he bundled the ball over the line from close range, with the goal eventually given after a video assistant review checked for a handball.

The defeat was United’s fifth successive away loss and ensured they cannot finish higher than their current spot of sixth in the Premier League, with only the top four playing in next season’s Champions League.