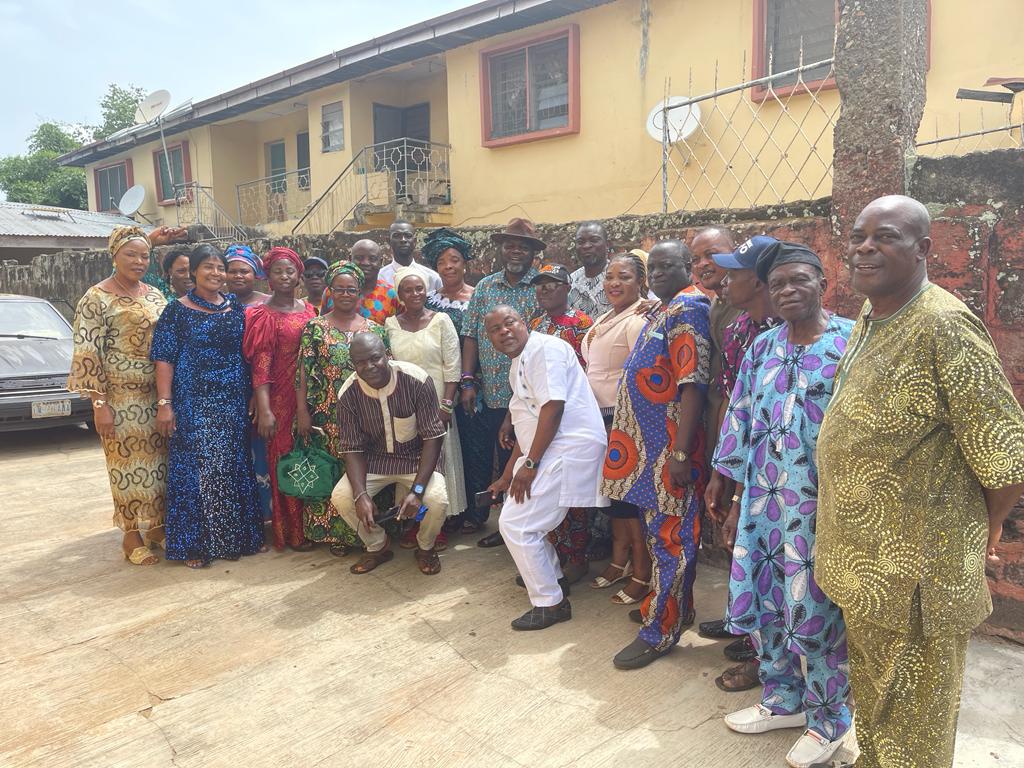 The Director General of BAO Campaign Organisation, Cyril Fasuyi, has taken mobilisation drive for the victory of the All Progressives Congress (APC) governorship candidate in the June 18 election, Biodun Abayomi Oyebanji (BAO), to Ondo State, where Ekiti indigenes expressed readiness to vote to ensure Oyebanji’s victory.

On Sunday, Fasuyi met Ekiti people resident in Akure, the Ondo State capital, under the umbrella union Ekiti Descendants  In Ondo State, where members expressed their readiness to mobilise for Oyebanji for victory in the governorship poll.

Led by their Chairman, Dare Adebayo, members spoke in turns to express satisfaction with Oyebanji’s sterling qualities, even as they said that the APC’s candidate was the best hope for humane leadership needed to sustain development strides in Ekiti State.

They said they were in Ekiti State during the last INEC’s voter registration exercise when over one thousand members registered, including mobilising other relations for registration, to ensure massive voter turn-out to ensure Oyebanji’s victory at poll.

Adebayo said members had started educating and mobilising Ekiti residents in Ondo State for the poll, assuring that efforts would be intensified to ensure that members are in Ekiti State during the election to cast their votes for the APC candidate.

Fasuyi in company of a party leader, Busuyi Ayorinde, assured his hosts that a conducive atmosphere would be provided for them to cast their votes.

He explained that the support being enjoyed by Oyebanji among Ekiti people derived from his generous heart, love for Ekiti people and as a progressive politician whose watch word is to provide for the general good of the people.

Fasuyi, who delivered Oyebanji’s good will message to the people, thanked them for their support and urged them to continue their mobilisation drive for victory.

“Oyebanji is a visionary leader. As a young man, he was part of efforts that led to the creation of Ekiti State. He wants to continue contributing to ensure that his desire for a prosperous state is realised,” the DG said.