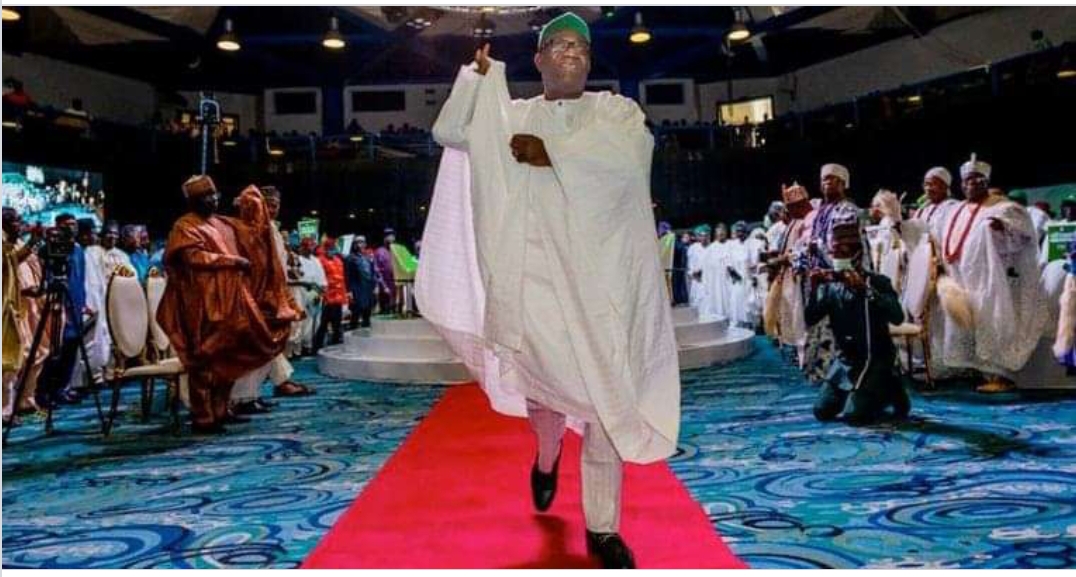 Governor Kayode Fayemi of Ekiti State on Monday said he has prepared a blueprint to guide the speedy and accelerated retooling of key institutions of the state, including the security agencies.

According to him, he did not join the presidential race to be elected as the preferred candidate of the All Progressives Congress, but with humility and passion that would build on his conviction to unite behind a collective national agenda for greatness so as to make the country soar high into the heavens and make our compatriots proud to be called Nigerians.

The governor promised to put in place a school of the APC for induction and training of officials, leadership grooming and mentorship to renew a credible political force that would continue to enjoy the respect and support of Nigerians.

Fayemi, who is the chairman of the Nigerian Governors Forum, in a speech he delivered at the secretariat of the APC, titled, ‘My pact with the All Progressives Congress’,  barely one week after declaring his intention to contest the 2023 election, stated, “To renew our position as a credible political force worthy of continuing to enjoy the respect and support of Nigerians, I will spare no effort to ensure that we win the fight that must be fought with tenacity against insecurity, banditry, unemployment, poverty, inequality, threats of national disintegration, and lawlessness.

“To this end, working with other key leaders of the party, a detailed blueprint has been developed with corresponding timelines of implementation, which will be employed to guide the speedy and accelerated retooling of key institutions of state, including the Armed Forces, Police Force and Civil Service.” (Punch)