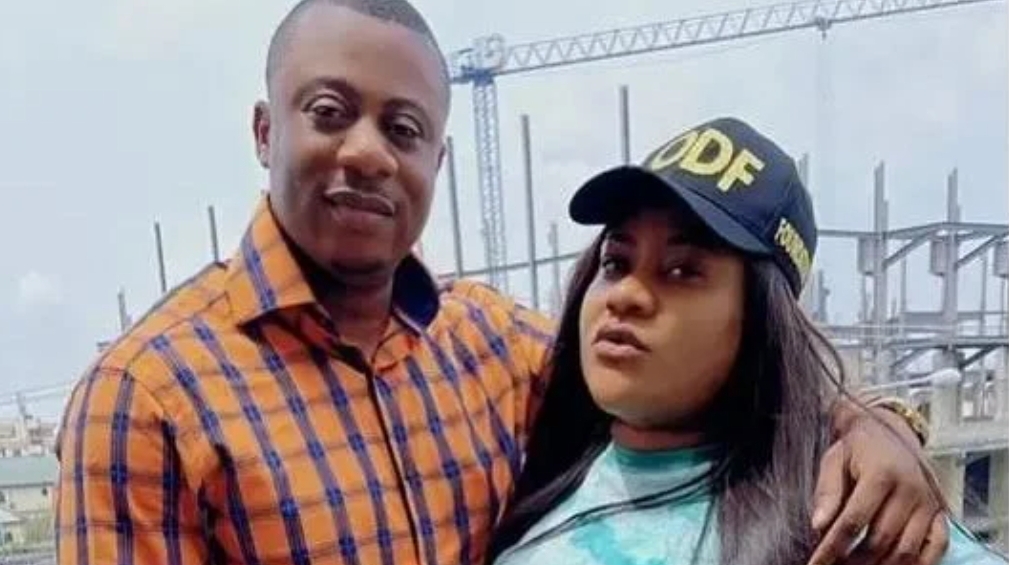 Ekiti born politician, Opeyemi Falegan, has made a public apology to his ex-lover and popular actress, Nkechi Blessing.

In an Instagram live session with media personality, Daddy Freeze, Falegan admitted that he “messed up” during his relationship with the star actress.

This comes weeks after the duo got involved in a messy squabble on social media following their breakup.

“I know how it feels having a guy you show to the world, saying ‘You are the love of my life, ‘my husband’, and all of a sudden the guy messed up. If I can kneel down now, I will but still I say you should not be angry.”

When asked if he agreed that he messed up, Falegan answered, “Yes, in some parts. I needed to forge ahead but maybe I didn’t do it in the best possible manner.”

The breakup between the duo trended on Facebook two months ago as they attacked each other on social media.

Speaking on the cause of their break up, Nkechi had said, “Nothing caused it. It did not just work. We just went our separate ways. It was a fact that I was the one taking care of him. Everyone that lives in London knows that.”