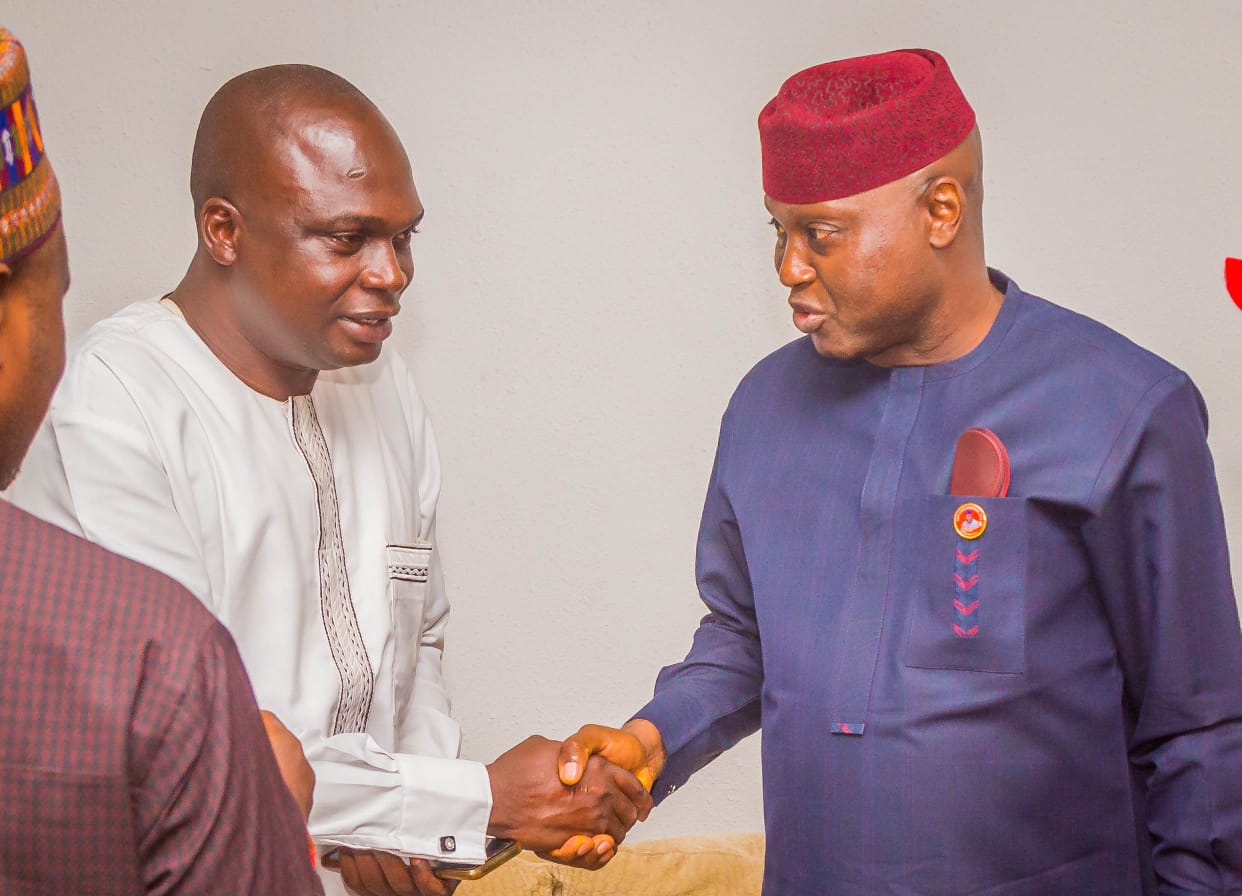 The campaign of the All Progressives Congress, (APC) candidate in the June 18, 2022 election Mr Biodun Abayomi Oyebanji (BAO) received a boost on Thursday as the Deputy Governorship candidate of Action Democratic Party, (ADP), Idowu Afuye defected to APC with at least 20,000 of his followers across the state.

Speaking at the Campaign office of the APC gubernatorial candidate at Ajilosun in Ado Ekiti, Afuye said his mission was to officially notify the general public that hr and his supporters across the 16  local governments of Ekiti state have decided to join the moving train of A.P.C, and the Ark of BAO.

Afuye pointed out that another reason why he was dumping his party and the governorship candidate of ADP was the robust ideology of the gubernatorial candidate BAO as demonstrated through his genuine manifesto. “BAO manifesto was   like a road map towards infrastructural and human  development  of  Ekiti state. He knows the knitty gritty of governance in Ekiti, hence our decision to join the progressive train.

“He was the secretary of the State  creation committee at a tender age. He was Chief of Staff, and later Secretary to the state government. BAO is sound intellectualy.

:He is a typical home breed, unlike some foreign politicians who are around us now

“So l made bold to say to you and to all every Ekiti indigene  with genuine love for Ekiti state, that has analytical eyes knows that BAO remains the most charismatically qualified candidate for the governoship at this time .

He explained further that having considered and weighed the options vividly, hence he declared further that “we cannot sacrifice the genuine intention of B A O on the altar of any Political aggradisment.

“I am promising BAO and the All Progressives Congress of an  agressive mobilisation of all my structures  and contacts  for victory in the forthcoming gubernatorial election in Ekiti come June.

“As human beings  and political animals, I  remain commmited to making impact on the developmnent of my dear state. And here I am in the continuation of  the political journey to let the whole world know my next step as a golden fish.

“My greatest strength has been my supporters and followers who have exhibited trust in my leadership and  to you all l say thank you”.

My belief about democracy is that it is  government of the people by the people and for the people, as against autocracy in A.D.P.

Recieving him to the party, Party Chieftain, Chief Biodun Akin Fasae welcomed him back to his former base and promised him level playing ground.

He described his defection as moral boost to the party candidate’s victory come June 18 and congratulated him for joining the winning team.