JUST-IN: Emefiele meets Buhari, says there will be news 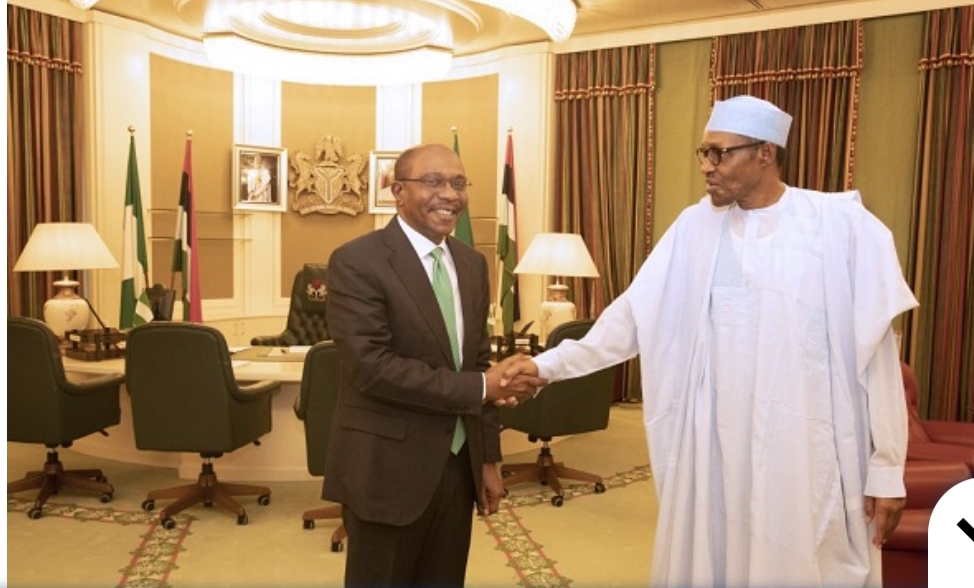 Central Bank of Nigeria (CBN) Governor Godwin Emefiele has told jounalists “there will be news” after a meeting with President Muhammadu Buhari on Thursday.

Emefiele’s visit to the Villa came a day after Buhari directed all appointees with elective ambitions in 2023 to resign on or before Monday, May 16, 2022.

Though the CBN governor is yet to declare his intention to run for the presidency, a group of farmers has obtained the expression of interest and nomination forms for him.

He has also approached a court to declare he is eligible to contest the presidential primary of the All Progressives Congress (APC) billed for May 30 without resigning.

Though Emefiele has disowned the group, posters and several vehicles branded for his reported presidential campaign have surfaced in Abuja.

When reminded his reported ambition is creating anxiety among Nigerians and the international community, Emefiele said he was having fun over the development.