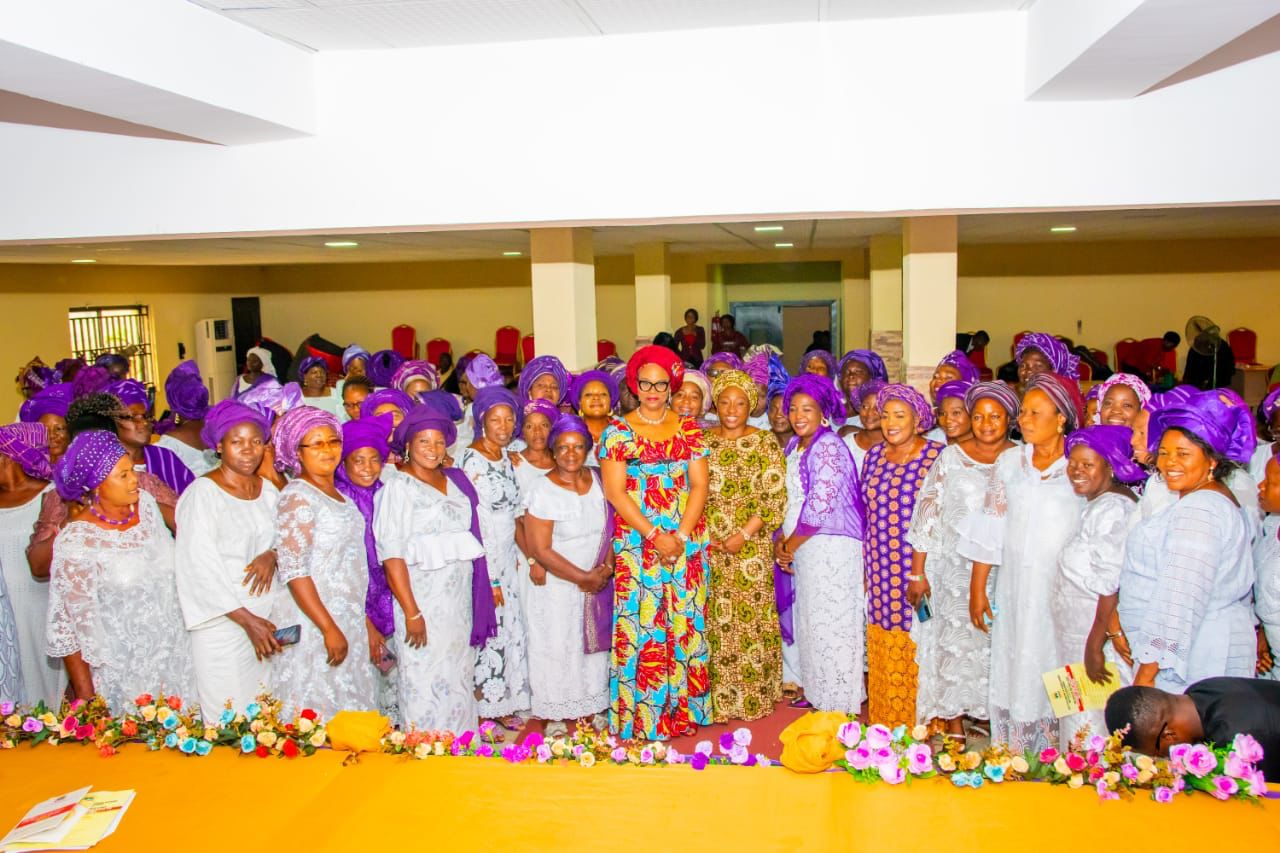 Sensitization programmes have been held in Ado Ekiti to again discourage the society from engaging in Gender Based Violence which in most cases majority of the victims are women.

The programmes were held at two different fora for women among People Living with Disabilities (PWD) and Traditional Marriage Anchors known as Gagers all in Ekiti State.

She noted that over the years, government had concentrated resources on providing various facilities like the Sexual Assault Referrer Centre also known as Moremi Clinic to cater for the health and psychological needs of GBV victims, Transit Home and provision of enabling laws that address GBV.

Erelu Fayemi observed that victims of gender based violence could be exposed to some challenges such as lack of economic empowerment, education, adequate health care services and manpower training which the current administration has addressed hence lack of support should not be an excuse for any victim to speak up.

Also at another engagement with Gagers Association , Erelu Fayemi appealed to them not to relegate women to the background while performing their duties as traditional marriage anchors .

The resource person at the program who is also a member of the Ekiti GBV Management Committee, Barr. Rita Ilevbare explained that Gender Based Violence is not limited to women as it could affect both gender in as much as such maltreatment was melted out because of gender.

Mrs Ilevbare emphasized that Ekiti State has strong legal frame works in place which criminalize gender based violence and stigmatization of victims while those culpable had always been brought to book when reported.

She stressed the need for communities in the state to support zero tolerance for gender based violence so that the manace could be reduced to barest minimum.

In a remark, the immediate past commissioner for Women Affairs , Alhaja Maryam Ogunlade urged the associations to project the image of the present administration in view of its positive impact on the well-being of women.

Wife of the All Progressives Congress Governorship candidate, Dr Olayemi Oyebanji who was the former Cordinator of Forum of Spouses of Ekiti State Officials (FOSESO) urged the participants to support the GBV Management Committee’s efforts at ending GBV in the state by making use of the various established help platforms .

She then promised to continue with the existing relationship that had been built with the associations if her husband , Biodun Abayomi Oyebanji (BAO) is voted in the coming governorship election.

In their separate contributions ,leaders of the associations , Mr. Obanise and Mrs Funke Oni at the programs appreciated the First Lady for the training which according to them has further empowered them to be advocates of anti- GBV in their respective communities .