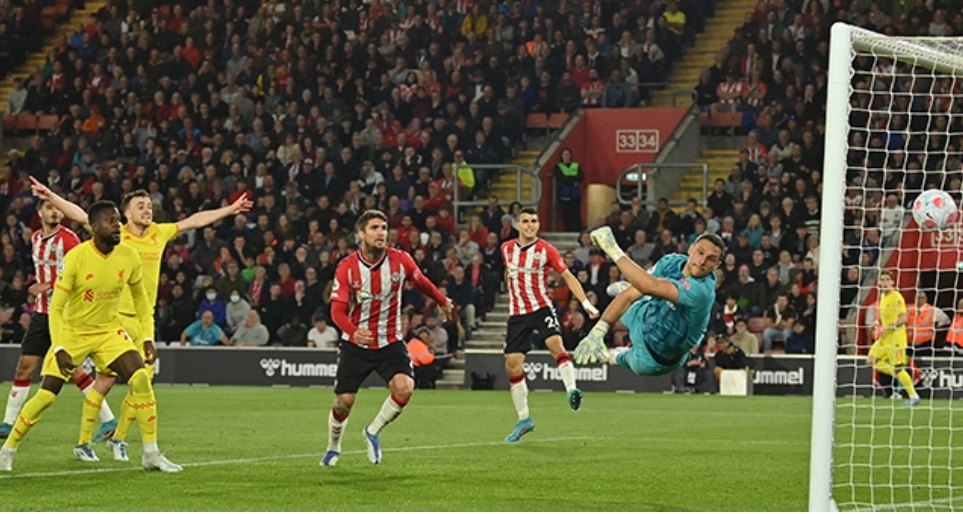 Jurgen Klopp rated Liverpool’s chances of winning the Premier League as “not likely but possible” after the under-strength quadruple chasers took the title race to the final day of the season with a 2-1 win against Southampton on Tuesday.

Despite effectively fielding a reserve team and trailing to Nathan Redmond’s early strike, Liverpool hit back through goals from Takumi Minamino and Joel Matip.

The Reds are just one point behind leaders Manchester City, with both teams having one game left.

A title race for the ages will go City’s way if they win against Aston Villa at the Etihad Stadium on Sunday.

Klopp insisted at the weekend that he does not expect City to drop points against Villa.

But Liverpool would be crowned champions for the second time in three seasons if they beat Wolves at Anfield and City fail to win.

“Of course it is unlikely because City play at home against Aston Villa, who play only on Thursday. It is possible, not likely but possible. That is enough,” Klopp said.

“It is our last home game of the season, the atmosphere will be outstanding, and we will try to use it.

“Of course it could happen. Football is a tricky game sometimes. The only chance we had tonight was to win. We did our job. We never give up.”

Klopp’s side will be expected to do their part of the equation against Wolves, especially now their refreshed key players can return to the team.

Sadio Mane, Luis Diaz, Andrew Robertson, Thiago Alcantara and Trent Alexander-Arnold were among those left out against Southampton, while Mohamed Salah and Virgil van Dijk were sidelined with injuries suffered at Wembley.

“I never had a group like this. They push each other constantly. In the end, it is absolutely outstanding and tonight is really special,” Klopp said.

“We would have had much more problems today if we’d played the guys who played 120 minutes on Saturday.

“If it hadn’t worked out, it would have been 100 per cent my responsibility. Now it worked out and the boys should be really proud of that.”

History bid
City boss Pep Guardiola said he planned to watch the game on television and if he tuned in, it would have made for frustrating viewing as Southampton squandered the lead.

But it was Riyad Mahrez’s missed penalty in the final minutes of City’s 2-2 draw at West Ham on Sunday which had given Liverpool renewed hope of catching the leaders.

And the Reds, hoping to become the first English club to win all four major trophies in one season, will settle their bid for historyin the last two games of their incredible, marathon campaign.

First, Liverpool will try to avoid a repeat of 2019, when they beat Wolves on the last day but were still pipped to the title by City.

Then they head to Paris to face Real Madrid in the Champions League final on May 28.

Liverpool were hit on the break when Ralph Hasenhuttl’s side took the lead after 13 minutes.

Redmond sprinted away down the left flank, cutting inside to the edge of the area and unleashed a fierce strike that took a deflection off James Milner as it flashed into the far corner.

With their title hopes in jeopardy, Liverpool showed the desire and character that inspired Klopp to label them “mentality monsters”.

Japan forward Minamino made the most of a rare Premier League start with a brilliant equaliser in the 27th minute.

Joe Gomez fizzed a pass into Jota and his perfectly weighted lay-off reached Minamino, who beat Alex McCarthy at the near post with a ferocious rising drive.

Liverpool’s relentless pressure was rewarded in the 67th minute.

Matip and Kyle Walker-Peters challenged for Tsimikas’s corner and the ball looped in over McCarthy, forcing City to keep the champagne on ice for now.