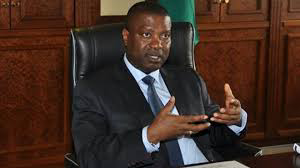 Operatives of the Economic and Financial Crimes Commission on Wednesday arrested a former managing director of the Niger Delta Development Commission, Nsima Ekere, for alleged contract fraud to the tune of N47bn.

According to a source, Ekere was picked up by officials of the Lagos office of the EFCC for allegedly receiving kickbacks from contractors between 2017 and 2019.

The former NDDC boss, who was the governorship candidate of the All Progressives Congress in Akwa Ibom in 2019, was said to have monies paid to him as kickbacks by registered contractors of the NDDC while he held sway as the managing director of the agency between 2016 and 2018.

“Ekere is currently in custody at the Lagos zonal office and might be relocated to the head office of the commission in Abuja tomorrow,” the official said.