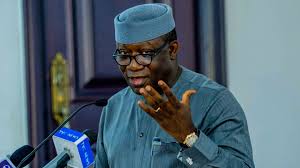 Fayemi, who said that the appointments were after the officials had scaled examinations in the ICT, Civil Service Procedures, and General Knowledge, added that the step was “in a bid to further strengthen the leadership of the Ekiti State Civil Service for greater service delivery”.